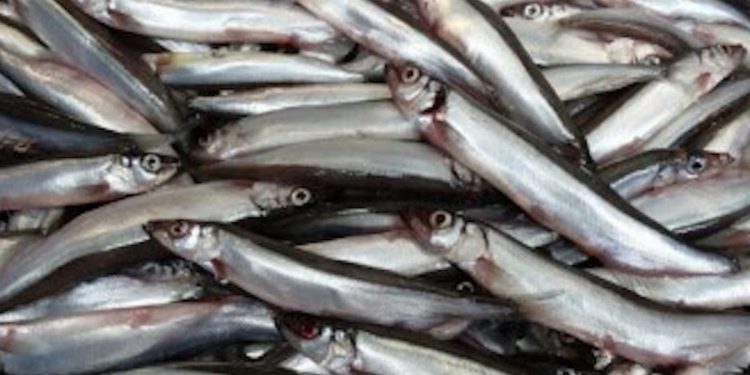 The Icelandic Marine Research Institute is sending research vessel Árni Friðriksson to sea at the beginning of the coming week to search for capelin, and two commercial fishing vessels are also taking part in the survey.

The Institute has one vessel at its disposal as its second research vessel, Bjarni Sæmundsson, is being dry docked for repairs and is also seen to be too small for this kind of survey, as well not having a drop keel allowing transceivers to be lowered below surface turbulence during poor weather.

An agreement was reached last week with SFS for commercial vessels to participate in the survey on the basis of two vessels being chartered for a total of 30 days. The cost to the operators is put at ISK60 million (€440,000), and the Institute will contribute ISK30 million. This decision has been supported by the Ministry of Fisheries.

The plan of campaign it to carry out acoustic surveys now, and again in early February, which become the basis of the Institute’s quota advice.

The first part of the survey begins in the third week of January with the research team on board Árni Friðriksson directing the survey, alongside commercial vessels Hákon EA-148 and Bjarni Ólafsson AK-70, with other vessels available during the second stage of the survey.

According the Marine Research Institute, the progress of surveys at this time of year depends on weather conditions and the distribution of capelin – and it is impossible to predict when the initial results will be available.

The winter capelin season is a significant fishery for the Icelandic pelagic fleet, with Faroese, Norwegian and Greenlandic vessels also taking part in the fishery. It comes to a peak in the later part of winter as the capelin migrate westwards along the south coast of Iceland, culminating in the high-value capelin roe fishery towards the close of the season, as fishing operators have to judge the maturity of the fish against remaining quotas – while winter weather can always bring fishing to an unwelcome halt.

Last year there was no capelin season in Icelandic waters, representing a loss of revenue for fishing companies, processors and local authorities.