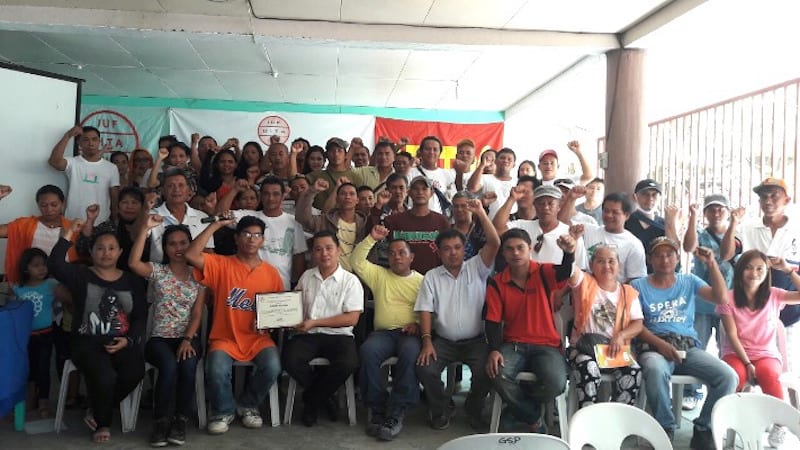 Union leaders and members dismissed by Philippines tuna company more than two years ago. They continue to press for their rights and have now been have been able to get healthcare cover for themselves and their families, replacing the cover that was lost with their jobs.

When their jobs were lost, so to was their healthcare provision under the Philippines Philhealth scheme. The IUF has been instrumental in working with Swedish food workers union Livs to provide replacement coverage. Livs has provided funding for twelve months of full healthcare coverage, and Philhealth officials met the strikers earlier this month to explain the benefits and access procedures.

‘Corporations like Citra Mina believe that workers can be battered into relinquishing their rights if they are dismissed from their jobs, thrown into poverty and denied health care,’ said Livs President Hans-Olof Nilsson, who is also President of the IUF. ‘We are determined to ensure that the Citra Mina workers will not be forced into submission and will support their fight for as long as it takes for their rights to be recognised.’