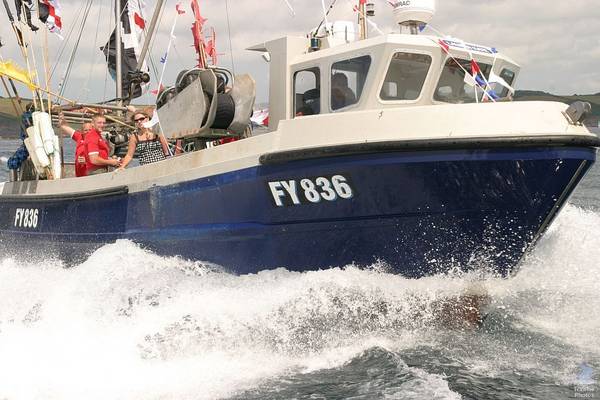 Two crew members of a fishing vessel were recovered by another fishing vessel four miles east of Falmouth this evening after it sank in Gerrans Bay. One crew member is seriously ill and has been transferred to Treliske Hospital in Truro.
Falmouth Coastguard were informed of the incident at 10.13 pm by the fishing vessel Lauren Kate, who witnessed the Heather Anne sink and called mayday. The Lauren Kate recovered two crew from the water. Falmouth Coastguard sent the rescue helicopter from RNAS Culdrose to the scene, along with requesting the launch of both Falmouth lifeboats. Once on scene, the helicopter winched one casualty and transferred him to Treliske Hospital. The second man was brought ashore to Mevagissey by lifeboat and transferred to a waiting ambulance. The second lifeboat then proceeded to the last known position of the fishing vessel to check for any debris.

We have no indications of why the fishing vessel sank in Gerrans Bay earlier this evening. The seriously ill casualty has now been transferred to hospital and the second casualty is said to be cold and wet but otherwise well. We would like to thank the crew of the fishing vessel Lauren Kate for their speedy assistance in locating and recovering the two crew from the water and for making the mayday call.

Room for quota system to be improved, says Fiskebåt