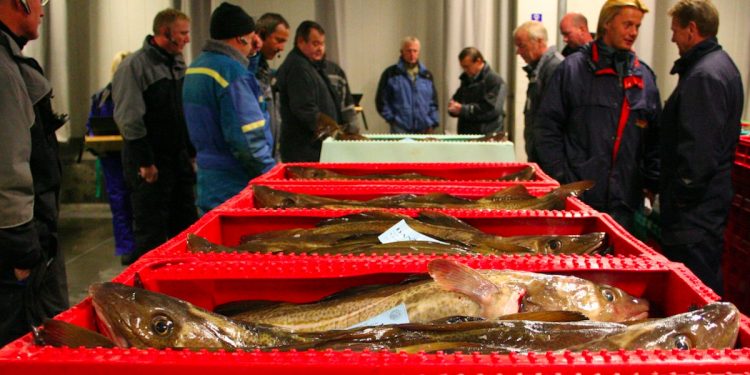 European fishermen’s organisations have banded together to brand the decision to drastically reduce the 2020 North Sea cod TAC as a truly disappointing outcome, predicting this to be disastrous for many small fishing industries in remote areas.

‘It’s a slap in the face of the fishermen, who pay the price for other people’s lack of concern or willingness to listen to those affected by the decisions’ the consortium’s spokesman commented, stating that in an attempt to react responsibly to the scientific advice on North Sea cod from ICES when it was published in June, the European fisheries organisations with a direct interest in the stock decided to work together in an attempt to propose a way to improve the situation.

‘This entailed a significant amount of work spread across a number of meetings. Despite having many common interests, the fishing fleets have different structures and traditions, and regulations vary between Norway and EU. Even within the EU, there are differences in the way that common regulations are implemented and huge differences in fishing patterns.’

The industry managed to reach agreement on measures that would bring the cod stock closer to the politically agreed target of MSY, would increase the stock size and reduce the fishing pressure to the lowest level ever experienced. It would also enable the fishermen to fully exploit other key commercial stocks that thrive in the North Sea and perhaps enable more fishermen to survive.

Every country contributed with proposals that would mean a reduction in their own activities.
‘This was seen as a price that had to be paid in order to contribute to the recovery of the cod stock. Alas – the European Commission and Member States decided to take a simplistic view of a complex situation, they took what was offered and gave nothing back,’ the group states.

‘With the combination of an extremely low TAC, a discard ban, and stock that is approximately twice the size of its all time low, the result of the Council meeting is ‘the Chronicle of a death foretold.’ It is not possible for fishing fleets to catch the quotas of abundant other stocks and the green lobby have effectively succeeded in depriving society of thousands of tonnes of protein harvested with very low carbon footprint.’

The fishermen’s groups demand an answer to the question of whether it is really so important to meet the target in a single year, rather than being approached in progressive steps over a few more years, that the European fishing industries must be strangled in the process?

Who has an interest in this? Who pays for it? Why?

‘North Sea fisheries have a long history and tradition and play an important role for many coastal communities. Overfishing has indeed taken place in some periods and areas, but this is no longer the case for the vast majority of activities – and certainly not for the fishery in the North Sea, which is amongst the most heavily regulated fisheries in the world,’ the group’s spokesman said.

‘The fishing industry is deeply engaged in ensuring that the fishing activities are performed in a sustainable way. Fishermen more than anybody have an interest in stable stocks producing high yields and have millions of Euros invested in it. They also have the best knowledge of the operations at sea. Why are they then totally ignored when it comes to ways to improve the situation?’ asked the spokesman for the group, representing the Shetland Fishermen’s Association, The National Federation of Fishermen’s Organisations, the Scottish fishermen’s Federation, the Scottish White Fish Producer’s Association Limited and the Scottish Fishermen’s Organisation in the UK, the Danish Fishermen’s Producer Organisation, Dutch associations VisNed and Nederlanse Vissersbond,, FROM NORD, Organisation de Producteurs á la pêche in France, Norges Fiskarlag in Norway, Erzeugergemeischaft der Nord- und Ostseefischer GmbH in Germany and Rederscentrale in Belgium.