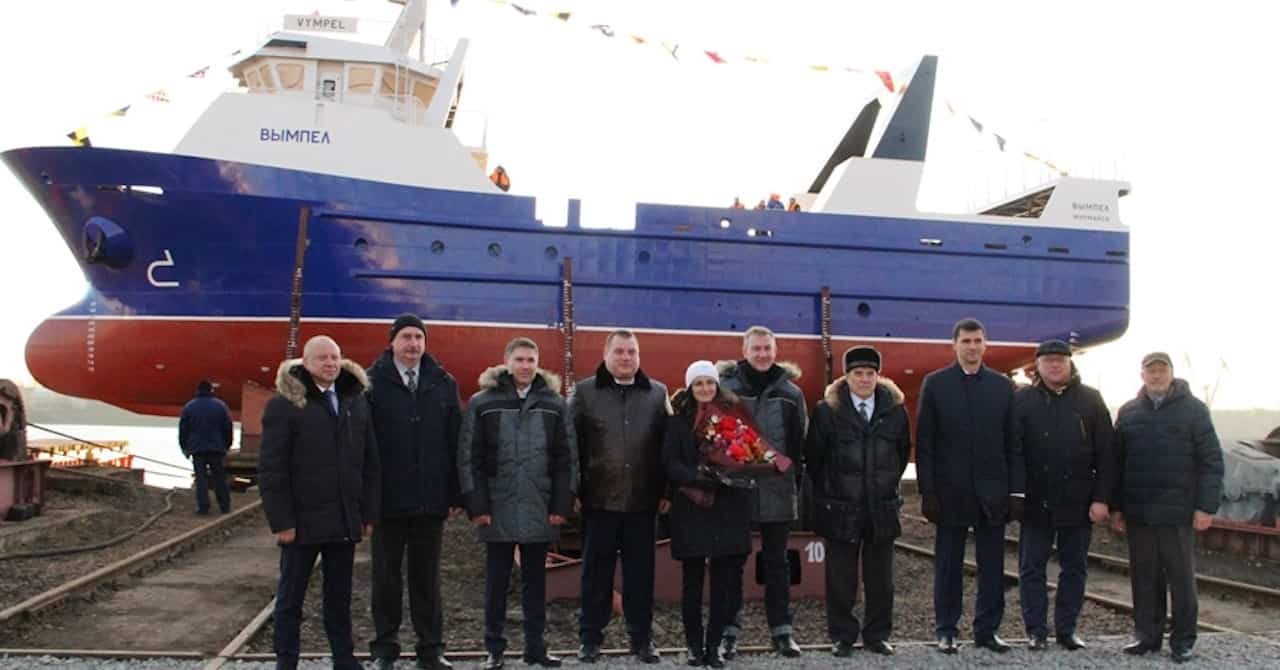 The first of the T30V series of coastal trawlers has been launched by the Vympel Shipyard. Image: Rosrybolovstvo

The first of a series of coastal trawlers for Russia’s northern waters has been launched at the Vympel Shipyard in Rybinsk.

This first 36 metre trawler in the T30V series has been built by Vympel as the main contractor, and Nobel Brothers Shipyard, both part of the Kalashnikov Group, for Murmansk fishing company PTF Karelryba. Designed by Nizhny Novgorod company Sea Tech, the Vympelyard is behind the concept as a whole.

The trawler series is designed for demersal and pelagic trawling, and to land chilled fish for processing ashore with a 70 tonne capacity fishroom and a slush ice system on board. Primary target species are expected to be cod and haddock, as well as smaller amounts of other by-catch species.

The keel was laid in August 2018 and now the new trawler will undergo sea trials prior to delivery.

Built as part of the investment quotas programme, the owners are eligible to apply for a larger quota allocation on the basis of their investment.

Following the completion of the launch ceremony at the shipyard, Oleg Goncharov and Anatoly Evenko signed an intent agreement for the construction of ten T30V trawlers.
‘I am sure that this is the beginning of a large-scale renewal of the coastal fleet, and not only in the North,’ commented Ilya Shestakov, director of the Federal Fisheries Agency.

‘Modern vessels will increase the economic efficiency of fishing, allow the production of cost-effective and sought-after products, and provide safe and comfortable working conditions for fishermen. I wish you rapid completion and successful fishing.’