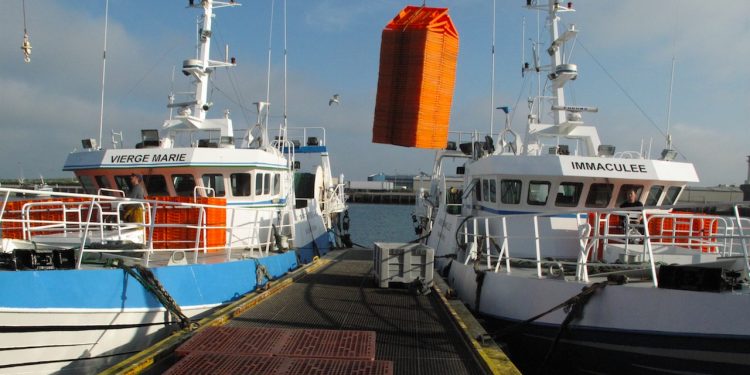 The first round of licences for French vessels to operate within the UK’s 6-12 mile zone, as finalised during the trade agreement announced on Christmas Eve, has been issued.

The allocation of these licences is described by Olivier Lepretre, president of the Hauts-de-France Fisheries Committee, as a ‘huge relief.’

‘I would also like to stress that while French fishermen need to be able to access British waters as quickly as possible, it is also essential to guarantee the British access to the European market and to facilitate trade. The sooner the better,’ he said.

The European Commission has just confirmed the issue of the first 59 licenses for the UK 6-12 zone, valid from 2300 on 29th January, for French fishermen, with the information relayed to the Hauts-de-France Fisheries Committee by the French Department of Maritime Fisheries and Aquaculture.

Since January 1st, the only condition imposed on French fishermen to enter the 6-12 mile area is to be able to produce a licence. Without this, those grounds remain off-limits. Licences are issued on the precondition that fishing vessels have a track record of operation in those areas.

‘Not all licenses have been issued, this is the first batch. About sixty licenses have yet to be returned,’ said Olivier Lepretre, who has been a tireless defender of the interests of the Hauts-de-France region’s fishermen.

‘The pressure is still enormous on the French side, where all the vessels – netters, trawlers, seine trawlers – have had to work in the same area since the first of January and where fishing pressure has not diminished. We were particularly concerned about resource and their protection in the Straits of Dover. Access to the 6–12 mile zone will once again allow fishermen to operate sustainably and responsibly,’ he said.