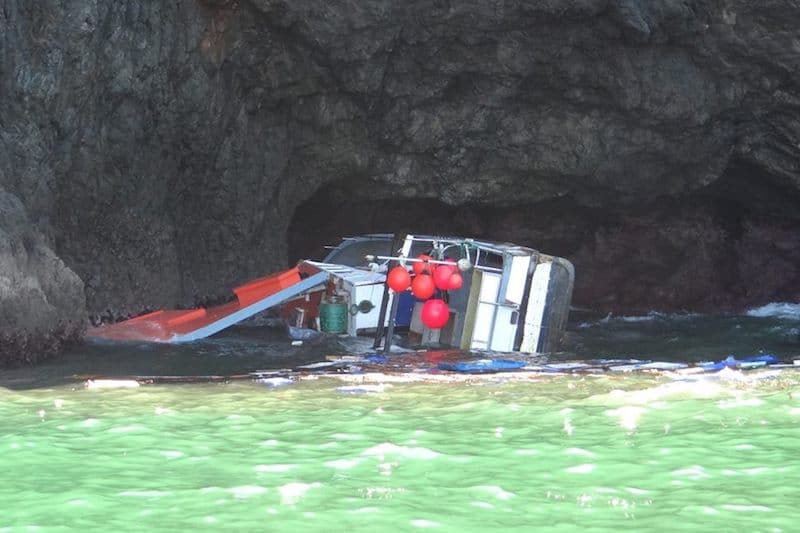 Crew fatigue led to the grounding and loss of a commercial fishing vessel in January 2016, resulting in the imposition of a $27,000 fine on its owners, according to the findings of Maritime NZ.

The sole person on watch at the time of the grounding of of the fishing vessel Jay was a 17-year-old deckhand who had fallen asleep soon after taking over the watch in the early hours of 11 January 2016, according to Maritime NZ Northern Regional Manager, Neil Rowarth.

The helmsman had worked a full day, slept for between only one hour and three-and-a-quarter hours, and was then woken to take his turn on watch. He had never before been on watch by himself at night.

After the helmsman fell asleep, Jan ran on autopilot and grounded on rocks near Howe Point in the Bay of Islands. The grounding woke the skipper and the other crew. The skipper ordered the crew to abandon ship due to the hull being breached and water ingress. Jan then capsized and became a total loss.

According to Neil Rowarth, the prosecution sends a strong message to all maritime operators that they must have an effective system for managing crew fatigue.

‘Crew fatigue is real and potentially disastrous for ships and their crew,’ he said.

‘With all three of Jan’s crew, including the helmsman, asleep it was a matter of luck that this was not a fatal accident. Companies and ship’s masters are responsible for effectively managing their crew’s work time and fatigue. If they do not, the results can be tragic,’ he said, commenting that Maritime NZ will take enforcement action when warranted, ‘but no court penalty could ever match the tragedy of a lost ship and the death of crew.’

In 2011, following the grounding of another of its vessels, Den Bearg, Wild Fish Limited had installed watch alarms on its fleet. Watch alarms sound periodically to prevent a crew member on watch from falling asleep. However, Wild Fish Limited had failed to inform the crew of Jan that a watch alarm had been installed on the vessel and did not train the skipper or crew to use it.

There was no effective system for monitoring the sleep of crew members to ensure that overly fatigued crew did not go on watch. Exacerbating the situation, a crew member with limited watch-keeping experience was permitted to go on watch alone. His fatigue level heightened the risk of him falling asleep on watch, and there was no mechanism or work procedure to wake him if he did.

‘Watch alarms help keep the watch-keeper awake or wake you up if you have fallen asleep,’ Neil Rowarth said, commenting that operators should consider installing watch alarms where appropriate and training crew on their use.

Make way for the new gangway