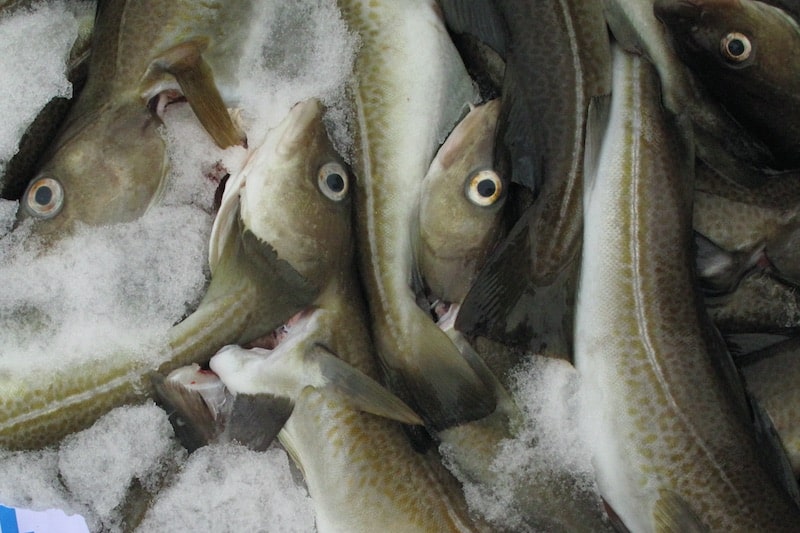 ICES recommendations for North Sea demersal fisheries in 2019 show good news for saithe, hake and plaice, but the situation for cod looks confused as spawning stocks appear weaker than had been predicted, and one fishermen’s association is wondering where more than 100,000 tonnes of cod has disappeared to.

German industry association Deutscher Fischerei Verband has welcomed the recommended increases in plaice (9%), saithe (21%) and hake (27%) quotas while the advice for brill and turbot remains unchanged and ICES recommends reductions of 27% for haddock and 18% for sole and whiting.

‘But the situation for North Sea cod is confusing,’ the association points out.

‘Last year, ICES had predicted a spawning biomass of 216,000 tonnes for 2019. This prediction was reduced in several steps to the present stock estimate to just 116,000 tonnes. The fishing industry can not understand this ‘disappearance’ of 100,000 tonnes. There are doubts about the quality of the scientific stock assessment, because nature rarely makes such big leaps from year to year.’

According to Deutscher Fischerei Verband, this can be attributed to a lower than expected catch rate of the 2013 and 2016 year classes during research. ‘On the other hand, there has been a correction of the amount of cod reaching maturity – the threshold at which juvenile fish are added to the spawning stock. It remains to be seen whether ICES will submit further corrections to its forecast. The ICES recommendation for 2019 now stands at a 47% reduction in total catch. For the current year, total catches have been set at 52.884 tonnes based on the ICES recommendation. Next year, according to the Council of Ministers, the current recommendation of a total catch of 25,302 tonnes should not be exceeded.’

Deutscher Fischerei Verband makes the point that it is a small consolation to the fishing sector that it can not be held responsible for this development, after having been actively seeking long-term reconstruction measures for the stock and recommended quotas have ben adhered to.

‘Overall, the situation remains that overfishing in the North Sea is largely a thing of the past. Even if the fisheries sector constantly faces challenges with sustainably managed, naturally fluctuating stocks, there are clear signs of success in following sustainability principles,’ the association states.

‘In addition, we also notice that consumers increasingly appreciate wild caught fish. With stable prices, the sales problems of earlier years are also a thing of the past.’

Alliance calls for fisheries to be a priority in Brexit negotiations