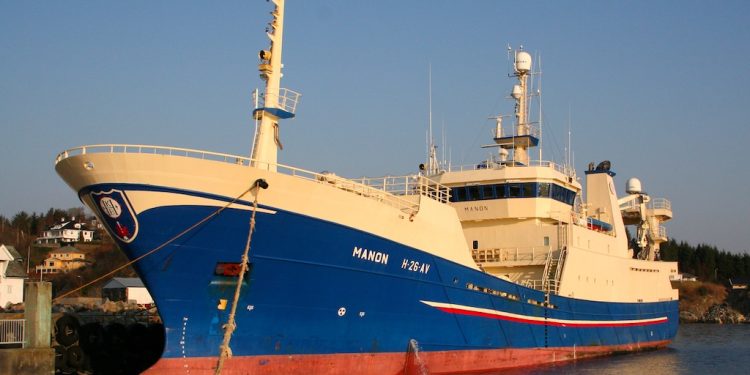 ‘Fuel costs make up an increasing part of total operating costs the fishing fleet, and this is likely to continue. Globally, there is a lack of energy, despite large investments in new energy sources,’ said Kay Ove Hafsås at Norwegian industry organisation Fiskebåt.

He said that diesel prices of well over NoK10/litre (including tax), will become the new normal in a few years. For the deep-sea fishing fleet, it is therefore important to offset this if the fleet is to reman competitive.

‘If the Norwegian fishing fleet has to pay higher fuel taxes than other nations demand, this could lead to unfortunate consequences. Norway may, among other things, be in danger of not being able to use available quotas because they become too expensive to harvest. According to the Convention on the Law of the Sea, other countries can then demand access to these quotas. Then there is a risk that foreign fleets with no or lower fuel taxes than those the Norwegian fleet has to cope with could take over these fisheries, at the same time as global emissions increase,’ he said, commenting that the industry is not looking fir short-term support schemes, which will lead to more public spending and which in turn can backfire in the form of higher interest rates, and thus provide an even lower operating margin for the fleet.

‘Local Norwegian taxes are still something we can do something about, so that there is more compliance with other competing countries. For Fiskebåt, it is also important to point out that there is a connection between emissions and politics. We see that there are a number of fisheries policy goals that will lead to increased emissions of greenhouse gases,’ Kay Ove Hafsås said, and and in this context referred to aims to extend seasons, the requirement to land everything, no increases in quota ceilings, a lack of quota flexibility and closed areas for protection of benthic habitats.

He said that Fiskebåt’s position has been that increases in climate-related taxes must be balanced by reduced taxes elsewhere, to ensure that the overall tax burden remains unchanged.

A climate agreement initiative was last year finalised between the industry and the government, under which the fleet undertakes to reduce greenhouse gas emissions by 2030, at the same time as the government facilitates such a development. This includes a proposal to establish a CO2 fund based on the model of the NOx fund, in which the fleet pays a fee, but that the money goes into a fund from which operators can apply for support.