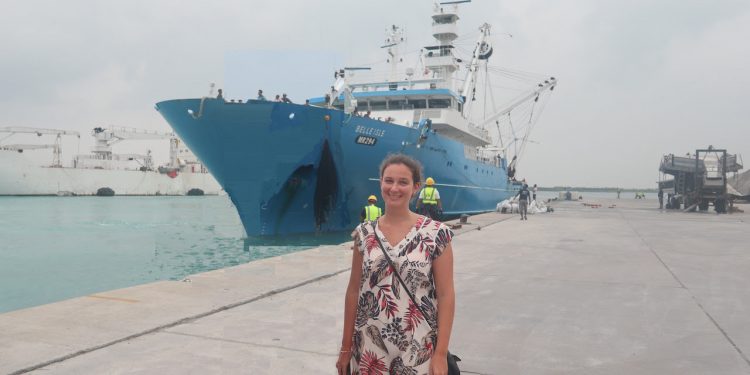 Europêche has appointed Anne-France Mattlet as director of its newly established Tuna Group, set up to boost the organisation’s support for sustainable tuna fishing and to promote the voice of the sector in wider EU and international decision making.

Europêche’s tuna group will advocate the interests of the EU and associated tuna freezer purse seine fleet to enhance business competitiveness, improve the image of the sector, contribute to sustainable ocean governance, support the fight against IUU and labour abuse, and achieve an international level playing field.

Anne-France Mattlet brings to the new role with Europêche experience of international ocean governance and tuna-related polices within the French administration, as well as an in-depth understanding of fisheries policies decision-making process.

‘The EU purse seine tuna fleet provides a vital source of food, employment, trade and economic welfare not only in Europe but also worldwide, including in developing countries. Operating across the oceans, our vessels comply with the highest standards of sustainability including working conditions, health, safety and hygiene,’ she said.

‘On top of that, our fleet has voluntarily adopted measures and invested in technology, at their own expense, to ensure optimal data collection. For instance, our vessels have 100% scientific observer coverage onboard and uses only non- entangling devices.’

The Europêche Tuna Group is comprised of the main two tuna freezer purse-seine organisations in Europe, OPAGAC-AGAC and ORTHONGEL.

Anne-France Mattlet will be in charge of Europêche’s tuna strategy, comprising tuna legislation and policy, governance, trade and market, scientific work and the promotion responsible image of EU purse seine operations. More specifically, she will focus on initiatives such as the revision of the EU fisheries control system, the margin of tolerance and the autonomous tariff quotas for tuna loins.

She has concerns that unworkable rules that do not take into account the technical and climatic specificities of tropical tuna fisheries in the EU control system, such as the margin of tolerance, are and would keep penalising the tuna sector.

‘On the market side, we are convinced that EU should only grant privileged access to non-EU tuna products if they do respect the same social and environmental standards than the EU ones. At present, low standard fish products unfairly compete with our own production in our own market,’ she said.

‘It is therefore paramount to address policy gaps and ensure an international level playing field, to protect our standards but also to ensure developing countries achieve the same ones, especially through the sustainable fisheries partnership agreements concluded with non-EU countries. We want a sustainable fishery as much as a thriving European tuna fishing sector.’

‘We are delighted to have Mrs Mattlet in Europêche’s team and warmly welcome her aboard,’ commented Europêche President Javier Garat.

‘Her experience and expertise on tuna fisheries affairs will undoubtedly be a valuable asset to our companies in the international arena. I’m sure she will take a pro-active role in advocating fishing activities that are carried out in an environmentally friendly and socially responsible way.’