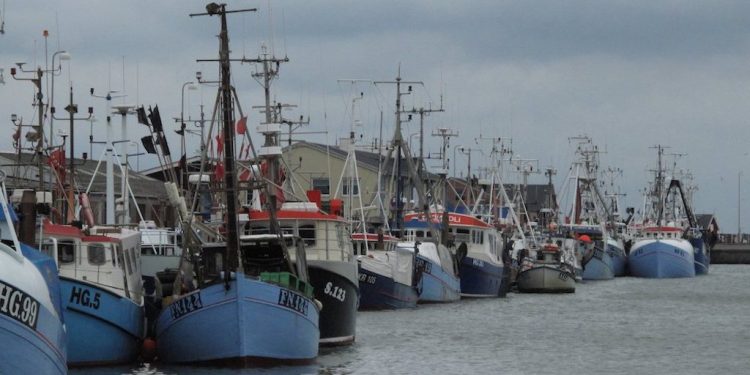 European fishing industry groups have welcomed a second round of aid designed to help fishing cope with the fuel crisis as the EuropeanParliament adopted a modification of EMFF 2014-2022 to alleviate the consequences of the Russia invasion of Ukraine on fishing activities.

‘This financial package will certainly help bringing relief and stability to fishermen and the markets. The goal is no doubt to adopt all necessary measures to secure fish operations and the supply of seafood to the market,’ said managing director of Europêche Daniel Voces.

‘The EU fleet has, as have food producers, taken the responsibility to continue fishing during the different crisis and pandemic periods.’

The legislative proposal, steered by the rapporteur Nuno Melo (EPP, PT), will allow the use of additional crisis measures to support fishermen. Particularly, EU funding will be made available to compensate for additional costs, income forgone and the storage of seafood, as well as for the temporary cessation of fishing activities.

As for the latter measure, thanks to the European Parliament, aid will be extended for companies that temporarily cannot continue fishing due to economic constrains. The sector as a whole is now calling on all EU Member States to activate these measures as a matter of urgency.

Three months ago, the European Commission presented its proposal, putting forward the necessary legislative modifications to allow Member States more flexibility to reallocate funds under the (EMFF) to specific measures mitigating the socio-economic impact of the crisis.

Both the Council and the Parliament also modified EMFF-provisions to allow aid for those fleets forced to stay in the port due to the financial constraints. For many operators going out at sea means running at a loss.

According to Europêche, the situation is critical in many fishing ports in Europe. Sky-rocketing energy prices are preventing numerous fishing companies from breaking even.

The situation is expected not to improve over the next few months, if anything, quite the opposite. EU estimates show that if fuel prices will continue at this level, the EU-27 fishing fleet would return losses of €300 million in the operating profit, risking the sustainability of the fleet.

EU governments are reacting differently to the situation and adopting measures at a different pace and extent. Fishermen in many EU countries are not receiving funding in time, or in sufficient quantity, to compensate for the huge price increases.

‘It is now fundamental that the Commission pushes national authorities to quickly put in place these measures as a matter of urgency and to use state aid tools to mitigate the consequences of the crisis,’ Europêche states.

‘Furthermore, the European Commission should carry out an analysis of the cumulative effect of the war not only on rising energy prices but also on new legislation such as ‘Fit for 55’, which risk having dire consequences on EU businesses to pay their energy bills and to continue providing seafood.’