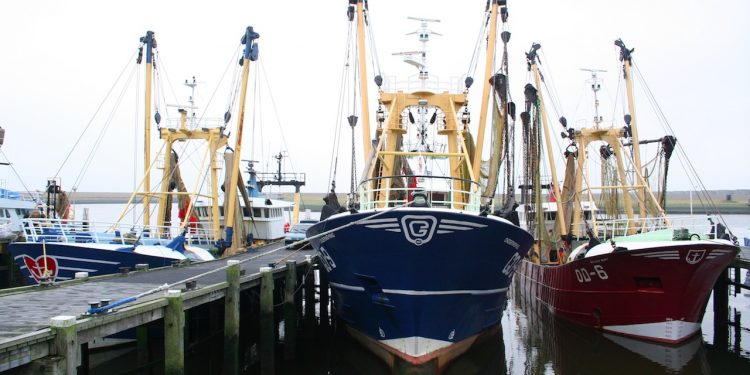 The EU’s offer of a quarter of current fishing rights as a sweetener to the UK to achieve a deal is seen as Europe’s fishing sector being sacrificed, according to Dutch industry federations.

‘Fishing is an part of Brexit for the British. It’s the only area where the British can really profit from Brexit – and the EU now seems to be granting them this profit at the expense of European fisheries,’ state federations VisNed, Nederlandse Vissersbond and RVZ.

They see the offer being made to the UK as being directly at the expense of fishing communities in Europe and the Netherlands.

‘Our fishermen are simply being robbed,’ said VisNed director Pim Visser, adding that in addition to this, the UK is threatening to reverse the many years of investment by Dutch companies in the British fishing sector by introducing nationality requirements, amounting to nationalisation through compulsory sale.

The Dutch federations state that the current offer by the European Commission to the UK is not in line with the negotiating mandate as agreed in the Council and reaffirmed by the European Parliament.

‘On behalf of the entire fishing industry, we are calling on the European Commission and Member States to deliver on their commitments to safeguard the future of European fishermen,’ they state.

‘Up to now we have all had nice words and support, but at the last minute the European Commission is already proposing to hand over 25% of our sector – plus in a few years we would be negotiating again. You cannot run a business based on this kind of continuous uncertainty. We feel betrayed if this is to really be continued,’ said Gerard van Balsfoort, chairman of both RVZ and the European Fisheries Alliance.

According to the federations, reaching a balanced agreement on fisheries is still possible, but Member States must remain firm.

‘Giving in to short-term political claims by offering one in every four fish caught by EU vessels and potentially cutting us off from our fishing grounds is completely unacceptable. Plus the current EU offer means that we will have to renegotiate fisheries agreement again after five to six years. This does not provide European fishermen with the promised long-term stability,’ the federations state.

EMK chairman Dirk Kraak said that fishermen in Europe have already made endless sacrifices as they and the authorities have worked towards the current situation, with most fish stocks brought to the current MSY level.

‘Now the European Commission is actually giving away a large part of our right to exist to the UK,’ he said.

‘It is unacceptable that our fishermen have to pay the bill for a trade deal with the UK – and given the private investments in the Netherlands, we can assume that the Dutch Government or the European Union will provide compensation? There’s no sign of this.’