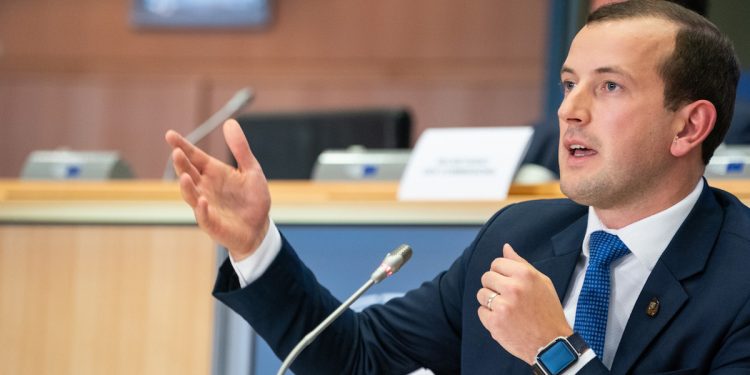 EU tops up fisheries fund by €500 million to help recovery

An additional €500 million added to the European Maritime and Fisheries Fund (EMFF) is part of the EU recovery package and follows earlier EU support measures to alleviate the immediate socio-economic impact on the sector.

European Commissioner for Environment, Oceans and Fisheries Virginijus Sinkevičius said that the Commission will work closely with EU countries to ensure that the additional funding contributes to a swift recovery, in line with the European Green Deal and the ambitions of the common fisheries policy.

‘The fishery and aquaculture sectors have been hit particularly hard by the Coronavirus crisis. Markets were disrupted and many businesses suffered severe economic losses because of the lockdown. For many coastal communities, who strongly rely on fisheries for their livelihoods, the situation was – and still is – dramatic,’ he said.

‘The European Commission acted decisively from the beginning of the crisis. Our immediate concern was to ensure that this short-term disruption would not lead to long-term socio-economic damage such as bankruptcies and major job losses in coastal communities.’

He explained that as economic activity is now gradually picking up, the Commission is moving to a second phase of action, which is to support the recovery. Last week, the Commission presented the Recovery Instrument, consisting of new financing raised on the financial markets (Next Generation EU) as well as a reinforced long-term budget for 2021-2027. As part of the proposal, the EMFF budget is strengthened with an additional €500 million. This is an increase of more than 8% compared to the budget initially proposed for the EMFF in 2018.

‘As a first step, the Commission proposed a first rescue package directed at promoting investments by mobilising available cash reserves in the European Structural and Investments Funds, to fight the crisis immediately. That proposal extended the scope of mutual funds and aquaculture stock insurance under European Maritime and Fisheries Fund to the compensation of losses caused by a public health crisis,’ he said.

‘Secondly, the Commission reinforced measures to support general economy with a new Temporary Framework for State aid targeted to fisheries already in mid-March. It allowed Member States to support their fishers and aquaculture producers with up to €120,000.’
‘Thirdly, after intense co-ordination with the sector and the other institutions, the Commission proposed a second rescue package. It introduced an amendment of the European Maritime and Fisheries Fund to support fishermen and women for the temporary cessation of their activities.’

Virginijus Sinkevičius commented that the proposal, which was prepared and then adopted by the co-legislators in record time, also included compensation to aquaculture farmers and the fish processing sector as well as storage aid to producer organisations.

‘At the same time, we have cut red tape where possible to allow Member States to implement these measures as soon as possible,’ he said.

‘The aim of these initial actions was to avoid an immediate collapse of the sector. It is still early days, but we have all reasons to believe that thanks to these measures and to the excellent collaboration with all partners, we are well on our way to achieve that goal. I would like to stress that the Recovery Package goes beyond short-term thinking. It aims to deal with some of the structural challenges and is based on our shared European priorities.’