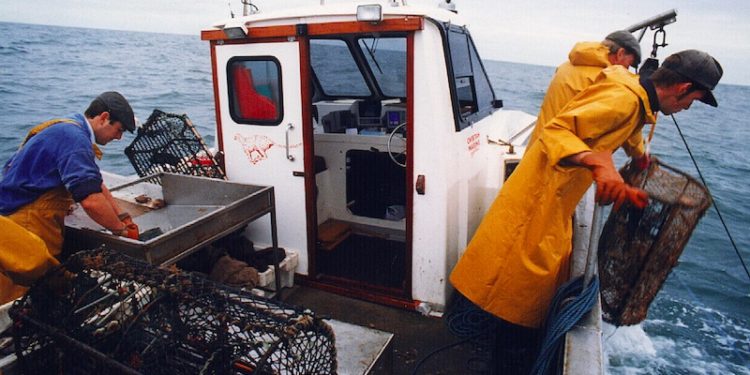 We like to see a clever app, and it doesn’t do any harm when the app is something that has the potential to make life easier for everyone; fishermen, management and scientists.

The iCatch app is just one of those smart ideas. Developer Graham Murt specialises in software for restaurants. But living in Padstow in Cornwall, where crabs and lobsters are part of the way of life, and with close family connections to fishing, he decided to apply his skills to something that would help the local shellfishermen – including his brother Johnny who runs the Homarus from Padstow.

iCatch came about over a conversation about the catch returns that have to be submitted to the local IFCA (Inshore Fisheries and Conservation Authority) that each region has to manage coastal fishing. The result is an app for IOS and Android – and instead of filling in and sending (by snail mail) the required log sheets every month detailing catches, areas and the number of pots fished, what can be several hours with forms is replaced by a few taps of the screen every day and a single submission at the end of the month.

On the last day of the month iCatch allows the user to hit the ‘submit’ button. This collates the recorded data over the month, packages it into a pdf and this is emailed to the IFCA with a copy emailed to the fisherman.

‘To start with we met the IFCA in Hayle and they were positive,’ Graham said.

The initial plan for a six-month trial was scrapped after the first month when the IFCA decided that a longer trial wasn’t needed and they were happy to accept the data via iCatch right away.

The iCatch app is still in development, with a new upgrade due shortly, as Graham continues to fine-tune it. Although it is currently only a tool that fishermen in Cornwall can use, there is plenty of interest from other IFCAs around the UK, and the iCatch guys are in early discussions with the MMO.

‘We hope that they will accept emailed returns in the near future,’ Graham Murt said.

For the full report on the iCatch app and the possibilities if offers, go to the full story at Hook & Net or get the technical details from the iCatch web page.