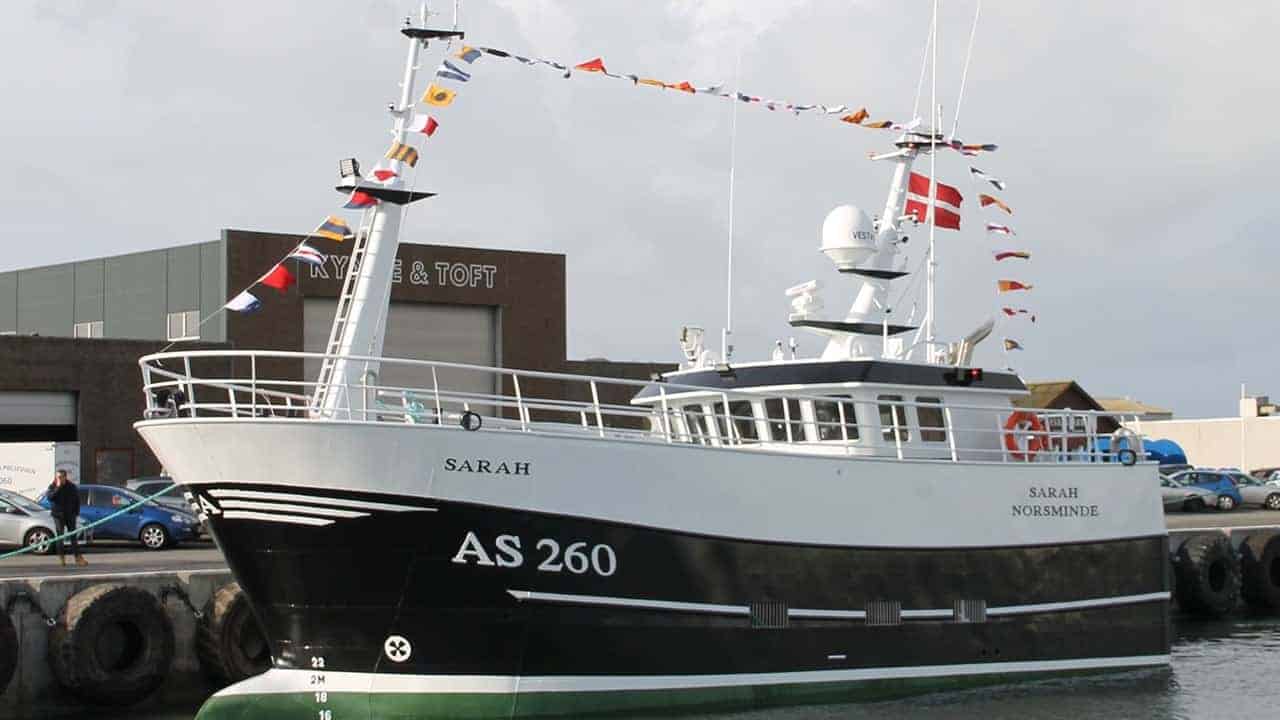 Hans Erik Timmermann and his son Christian had been talking about a new boat for the last eighteen years, and it has finally become a reality.

Their old boat, the 12-metre GRP-hulled Sarah AS-260, was built in 1983 by Faaborg Yachtværft and they have worked the boat together for the last eighteen years, and the new boat is a step up in both size and comfort, as well as providing a safer working platform.

The new Sarah AS-260 is a Vestværft design with a steel hull built in Poland and fitted out by Kynde & Toft in Thyborøn. It has a 14.99 metre overall length, a 5.60 metre beam, accommodation for a crew of four and a chilled fishroom with capacity for 400 boxes.

The catch handling gear on deck and the fishroom hoppers have been fitted by Boatech.

According to Christian Timmermann, the result is exactly what he was looking for, with a robust boat of exactly the right size capable of working under the tough conditions of the North Sea.

The upgrade to a new vessel had been something that had talked over many times and the decision had been put off for a long time, mainly because when the quota system was put in place in 2007, he and his father agreed that buying fish was more important and a new boat would have to wait.

He commented that everything about the new Sarah is an improvement on the old boat, with better working and living conditions on a more efficient boat with more space. Size is a vital consideration, as this makes it possible to work further offshore for their primary target species of plaice and cod, but also Dover sole.
Christian Timmermann expects to be working trips of around three days with three crew and a trainee on board.