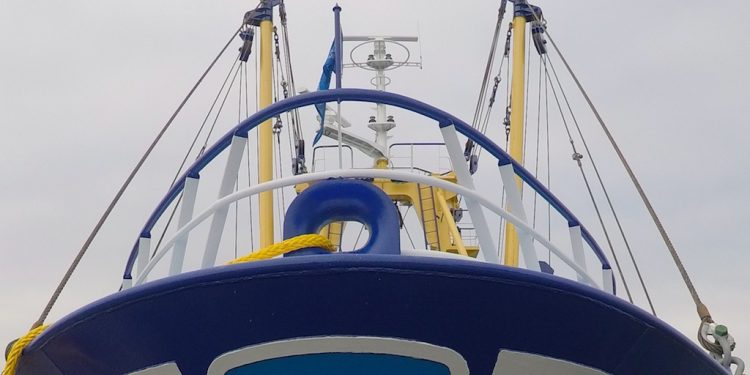 In September last year Danish fisheries minister Rasmus Prehn tightened regulations relating to fishing in the Skagerrak and the North Sea – but with a large number of violations this year alone, according to the minister, there is a need to investigate whether even tougher measures can be introduced.

The Danish Ministry of Fisheries makes it clear that new measures are due to the activities of Dutch beam trawlers in Denmark’s waters, and this is reported to follow the authorities having intercepted 24 Dutch beamers for infringing fishing regulations this year already.

Of these 24 violations, 19 are classed as serious. This means that these relate to offences such as us of illegal fishing gear, disabled AIS or fishing in prohibited areas.

According to the minister, the intention is to levy even higher fines and the make it possible to confiscate fishing gear.

‘Despite tightening of controls, police reports and the prospect of high fines, these cases continue, and it clearly shows that there is a need for action. My message is clear – the fines must increase and illegal gear must be confiscated. I have now asked my ministry to investigate how far we can go in increasing fines for illegal fishing and strengthening the ability to confiscate fishing gear in the case of offences. It is completely unacceptable that the Dutch sail up here and destroy our seabed and cheat the weighbridge. This has to be stopped, and we have to see if we can use tougher measures.’

‘Within the past two months, we have identified three serious cases where vessels have fished with illegal inner bags or have fished in vulnerable areas where large boom trawlers are not allowed to fish,’ commented Henrik Bandholm at the Western Region Control Centre.

‘By intensifying surveillance of vessels that tamper with their monitoring equipment, we are successful in uncovering other serious violations of the rules. We will continue to focus on the rules on surveillance, as this can provide an indication of something to hide.’

The majority of the 24 current cases have not yet been concluded, but are awaiting final processing at the Danish Fisheries Agency and possibly transfer to the police.