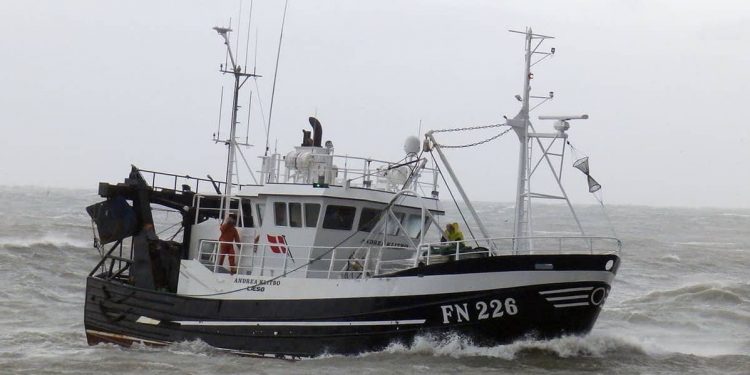 A fleet of forty Danish fishing vessels is heading to Aalborg in northern Jutland to hold a protest on 31st January – in particular protesting against the decision by fisheries minister Mogens Jensen to make mandatory camera surveillance on board for fisheries in the Kattegat.

Alongside the protest, the fishermen will also have a meeting with the Minister.

‘We hope that Mogens Jensen will listen to reason. The fishing industry has had enough of the constant suspicion of our profession,’ said Læsø fisherman Thomas Christiansen, spokesman for the participating protestors.

‘We have had enough of constant accusations of cheating, and enough of officials and politicians who, without listening to the industry, make decisions that affect fishermen’s everyday lives and their work.’

He commented that there are hopes that the Minister will listen and take note – and understand that this is about more than simply camera surveillance.

‘Over the past few years we have been burdened one rule after another. We have adapted to the changing quotas, and have continued to work under conditions that are increasingly difficult from year to year. But with the prospect of being monitored with cameras, we have reached the limit of what we can accept. We have had enough,’ he said.

He added that his vessel Andrea Klitbo FN-226 is now up for sale as he plans to leave the industry – even if this means selling up at a loss.

‘There are several of us who have either put their boat up for sale, or are considering doing so,’ he said.

‘There is nobody who dares to invest in fishing as things look now. The quotas for cod are worse than they have been for a long time, and Brexit could also have major financial consequences for fishing.’

He commented that the endless alterations to regulations governing fishing are a struggle to keep up with, plus the constant trickle of new rules means that there is no basis for creating a stable working framework.

‘I do not know a fishermen who doesn’t worry about what the government will come up with next,’ Tomas Christiansen said.

‘It’s hard enough to be a fisherman already. Why should we now also be portrayed as criminals? There’s a huge frustration among fishermen, and that’s why we have to do this.’