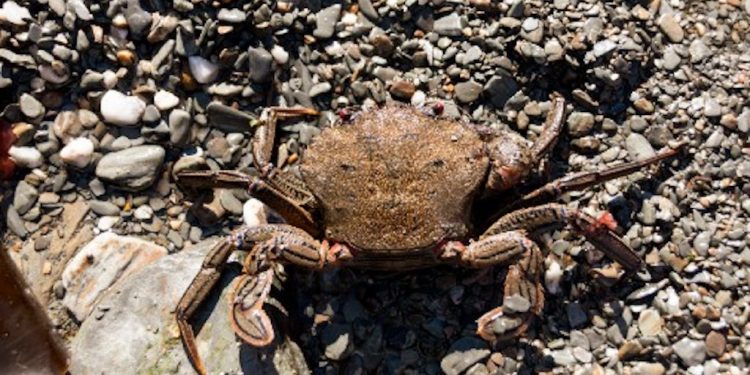 An expert panel convened to investigate an unusually large-scale crustacean mortality that was observed along a 70km stretch of the coast of north-eastern England in 2021 has recorded no definite cause of this occurrence.

The first reports of dying crabs on the beaches were made on 4th October 2021, followed by numerous further sightings in subsequent weeks, with three notable periods of crustacean wash-ups on the beaches up to December last year. In two of these periods, October-November 2021 and April-June 2022, incapacitated live crabs were observed to display an unusual twitching behaviour

Initial theories were that algal blooms could be to blame, while a study commissioned by the local fishing community brought in universities in the north-east of England, and this group came to the conclusion that chemically toxic levels of pyridine, released by dredging in the area, was the most likely cause of the mortality event.

In contract, the Crustacean Mortality Expert Panel (CMEP) brought together by DEFRA was not able to identify any clear and convincing single cause for the unusual crustacean mortality. The key observations that any cause must be capable of explaining mortality over a sustained period and along at least 70 km of coastline, the unusual twitching observed by dying crabs in many locations and the dominant mortality of crustaceans rather than a wider range of species.

The considered opinion is that a novel pathogen is the most likely cause of mortality – despite the lack of direct evidence of such a pathogen – because it would explain these key observations. The impact of an algal bloom would also explain the wide distribution of observed deaths and cannot be ruled out as a causative factor particularly early in the incident. It is unlikely, however, that an algal bloom can explain the twitching nor the long duration of mortality particularly during winter months.

The presence of a toxic substance could explain the twitching, but no source of sufficient amount of any toxic material could be identified, despite a range of relevant sediment and water measurements, and based on expert assessment of this and literature evidence. Although a range of chemicals, including pyridine, are known to be toxic to crustaceans, the wide geographical spread and long duration of the event would require sustained release of very large volumes of the chemical which is considered very unlikely from point sources or due to dredging as a cause for unusual crustacean death.

According to the panel, it is also possible that several of the stressors considered in its report operated together to degrade the marine environment and lead to the unusual mortality.