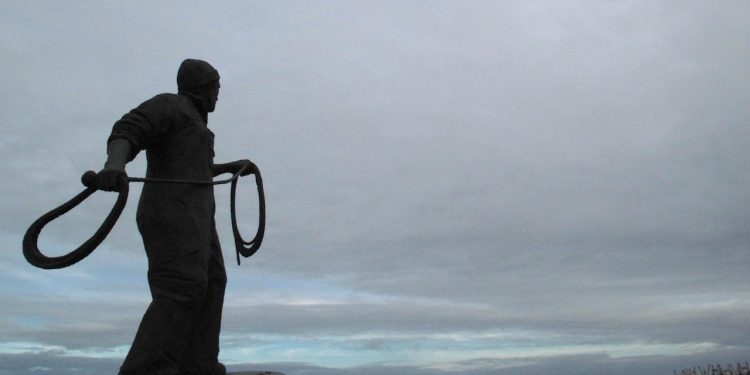 Despite the UK Government hailing the deal as a success, Cornish fishermen have been left feeling betrayed by Prime Minister Boris Johnson, as it now appears key promises made to the industry have been broken.

‘We’ve had our expectations continually raised by the Prime Minister and MPs, for years now. Promises of full and absolute control of our waters and better fishing opportunities have been made time and time again only to be shattered at the final moment,’ said Cornish Fish Producers’ Organisation (CFPO) CEO Paul Trebilcock.

‘For Government to say this is a good deal is hugely disappointing, it is certainly not the deal we were led to believe we would receive, and it has left Cornish fishermen feeling angry and insulted.’

He commented that Cornish fishermen were clear from the outset that the outcome of any Brexit deal would be measured against clearly defined priorities that were understood and agreed by the UK government. Under this pledge, full and absolute control of UK waters out to 200 miles (or the median line) was a stated objective for the UK.

‘Within the final deal, EU access to UK fishing grounds will remain effectively unchanged for a minimum of five and a half years – and most likely beyond, given the wording of clauses in the agreement. UK Government failed to deliver. ’

A singularly bitter aspect of the agreement is that EU vessels will continue to have access to the UK’s 6-12-mile limit.

‘This was a clear red line for the UK, and seen as critical to many Cornish fishermen and their coastal communities. UK Government failed to deliver,’ he said.

‘The anger and frustration of Cornish fishermen has been compounded by misleading statements from Government and the Prime Minister that this was a good deal for fishing. The Government should be clear that fishing was sold out in order to achieve a deal overall – expecting the industry to ignore the many, explicit promises to fishing communities that have been broken within this agreement has been received as insulting and naïve,’ Paul Trebilcock said, adding that prior to the announcement of this agreement, fishing industry optimism had been at an all-time high, based on promises of an exclusive 12-mile limit, fishing opportunities based on zonal attachment and control over regulations promised by Prime Minister, Secretary of State and many MPs.

‘That optimism has been shattered by broken promises and betrayal by Boris Johnson and his Government in a Ted Heath-style moment that saw fishing sacrificed again,’ he said.

‘Any shred of trust fishermen had in politicians will be difficult to ever rebuild. This is not the deal fishermen were promised and it is important MPs and the public understand this and are not misled by Government spin to the contrary.’