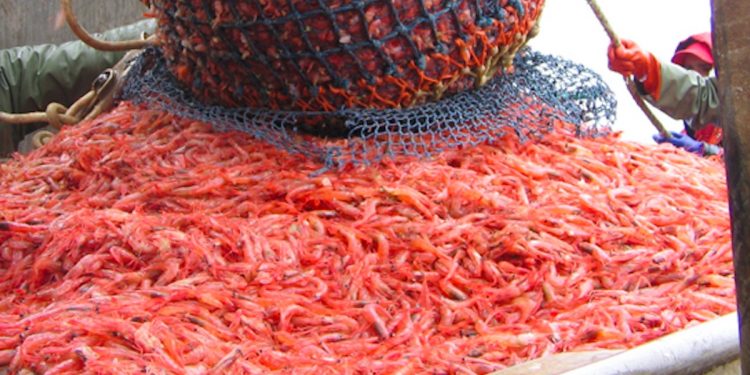 A proposal presented by Norway with support from Russia at the annual NEAFC meeting this week takes aim at the use of collecting bags to gather catches of fish filtered from shrimp trawls.

The Norwegian proposal would lead to the use of combination shrimp trawl gear being outlawed in ICES sub areas I and II, and re-opens discussion on a subject that has been pursued within NEAFC since 2015.
Norway tabled similar proposals in 2017 and 2018 on banning the use of collecting bag in shrimp fisheries with a reference to sustainability and emphasis on protection of juvenile fish. In 2017 the Norwegian NEAFC delegation announced, during a plenary session at the annual meeting, that they would carry out own study on the selectivity of collecting bags.

At the outset, the aim of combination gear, with collecting bag rigged to a trawl’s sorting grid, was to make it possible for a trawler with both shrimp and fish quotas to catch both in the same trip. The arrangement allows juvenile fish to be diverted from the 38-42mm small-mesh shrimp codend via a sorting grid, and from there to the collecting bag where small fish are able to escape through the 110-150mm large mesh codend, with larger are retained.

These are mainly American plaice and cod, and the EU shrimp fleet fishing with combination gear has MSC approval for its cod catches under this fishery, but for most vessels this does not apply for cod as a targeted fishery in the same waters. The MSC has certified the uptake of cod harvested in a combination gear with collecting bags during shrimp effort.

For some of the NEAFC parties, the Norwegian proposal is inexplicable, and if adopted would force fishing vessels with both fish and shrimp quotas to take those catches in two separate fishing operations instead of in a single trip.

‘During the plenary meeting yesterday Norwegian spokesman Vidar-Jarle Landmark declared the positive effect of a sorting grid in shrimp trawls is actually neutralised when vessels deploy gear with a collecting bag. He seems to lack understanding of shrimp trawling and the use of collecting bags. The main purpose of the sorting grid is to prevent juvenile fish making their way into 40mm codends without any escape route. The sorting grid fully serves this purpose with collecting bag attached to the shrimp trawl as the bag has 110-150mm mesh netting and juvenile fish has a means of escape,’ commented one industry figure who was present at the meeting.

‘As long as the trawler has quotas for the fish uptake collected, this fishing method is the most sustainable uptake of trawled groundfish. The carbon footprint of the groundfish catch is practically zero and it obviously increases emissions if vessels trawl the same ground more than once. Consequently, the use of collecting bags is consistent with UNFCCC Paris Agreement from 2016. If I am not mistaken Norway signed the 2016 Paris agreement.’

According to a recording of the NEAFC meeting, Norway’s delegation stated that the use of a collecting bag negates the selectivity of a sorting grid, although no evidence was presented to support this, and a criticised report prepared by the Norwegian Directorate of Fisheries earlier this year appears to have vanished.

The Estonian Long Distance Fishing Association (ELDFA) has pointed out a sudden change in Norway’s argumentation for banning the use of collecting bags.

‘The Norwegian NEAFC delegation was firm on the selectivity problems of collecting bags during plenary sessions at the annual NEAFC meetings 2017 and 2018, and accusing others of irresponsible practice and undermining the sustainability of fish stocks. They declared a Norwegian survey would take place in 2018 and involved two Norwegian vessels for the purpose – and the Norwegian Directorate of Fisheries issued their report. Clearly Norway does not see their own report as supporting their agenda to ban the use of collecting bags as there is no mention of it in their latest proposal on the selectivity problems. Vidar-Jarle Landmark made a statement yesterday at the plenary meeting saying Norway does not want to discuss the selectiveness of the collecting bag, but are only proposing to ban it. It is difficult to understand why Norway wants to ban fishing that does not have any problems and is MSC certified. It is honourable of Mr. Landmark to be this straight forward. Now it’s clear Norway’s proposal to ban the use of collecting bag has nothing to do with preservation of fish stock or making the bottom trawling effort more sustainable.’

The rationale behind the proposal is not easy to understand, considering that Norway has regulations in place governing its domestic shrimp fisheries that include the use of collecting bags. Norway’s Ministry of Fisheries has recently lifted the sorting grid requirement for one domestic shrimp fishery – which calls into question the presented aim of aligning regulations for fisheries in NEAFC waters with those for coastal states’ waters.

‘We know that Norway takes pains to be sustainable in its fishing activities. This is why it was difficult to follow Norway’s reasoning on collecting bag ban during the NEAFC plenary session yesterday,’ a spokesman for ELDFA commented.

‘Mr. Landmark stated; “This is really about the obligation to implement measures consistence with those implemented by the coastal states when fishing in international waters.” Why is Norway then trying to outlaw the use of collecting bag for the EU fleet in NEAFC?’ he asked.

‘Their domestic shrimp fleet is using collecting bags and the latest management measure Norway applied in own waters was to lift the obligatory use of a sorting grid. In other words, it is fine for Norwegian vessels to gather groundfish during shrimp trawling into codends with 40mm mesh netting, but it is dangerous for the ecosystem if an EU vessel gather same species of groundfish into a collecting bag with 110-150mm mesh diameter. We fear there is a hidden Norwegian-Russian agenda at play here, but because of Mr. Landmark’s honesty we know at least this proposal has nothing to do with sustainable approaches to NEAFC’s fish stocks. For that we can be thankful.’ 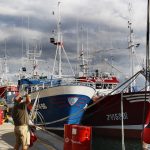 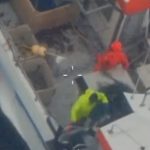 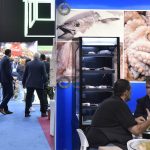