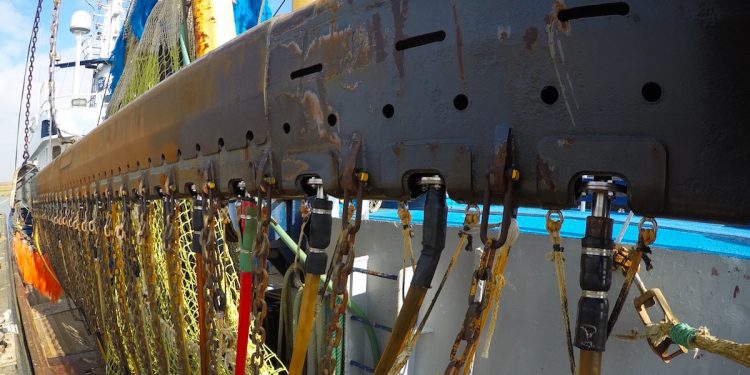 According to Dutch MEP Peter van Dalen, scientific reports published by ICES make it clear that pulse trawling has a significantly lower impact on the environment than conventional beam trawling. The aim to re-open the pulse trawl debate.

His standpoint is that the pulse ban should be rescinded, and together with fellow MEPs Annie Schreijer-Pierik, Bert-Jan Ruissen and Jan Huitema, Peter van Dalen – who is also vice-chair of the European Parliament’s Fisheries Committee – has sent written questions to European Commissioner Virginijus Sinkevičius in response to the published study.

The group are asking the Commission if it is aware of this work done by ICES and what its views are, and whether or not the Commission will make an amendment to the Technical Measures Regulation, taking into account that the pulse ban is unjustified?

They are also asking the Commission’s point of view on whether or not the decision to ban pulse fishing was unlawful and premature, considering there was no final scientific study of pulse fishing at the time the decision was taken.

‘In the EU, we take decisions on fisheries based on scientific studies. There is now a study by ICES on pulse fishing, which includes ten years of research. Pulse fishing is very beneficial both ecologically and economically. The ban on the pulse must be removed,’ Peter van Dalen said.

The ban on pulse fishing was voted for by a majority in the European Parliament more than a year ago and since then the method has been in the process of being phased out.

He commented that the vote went this way partly because pulse fishing was seen to be bad for the environment, while the work done by ICES now show this not to be the case.

‘In particular, the lobby from France and some dubious non-governmental organisations was very strong. Most Dutch MEPs have contested that prohibition,’ he said.

‘The ICES report is a basis for re-opening the discussion about the ban on pulse fishing. That is what we are going to do now.’