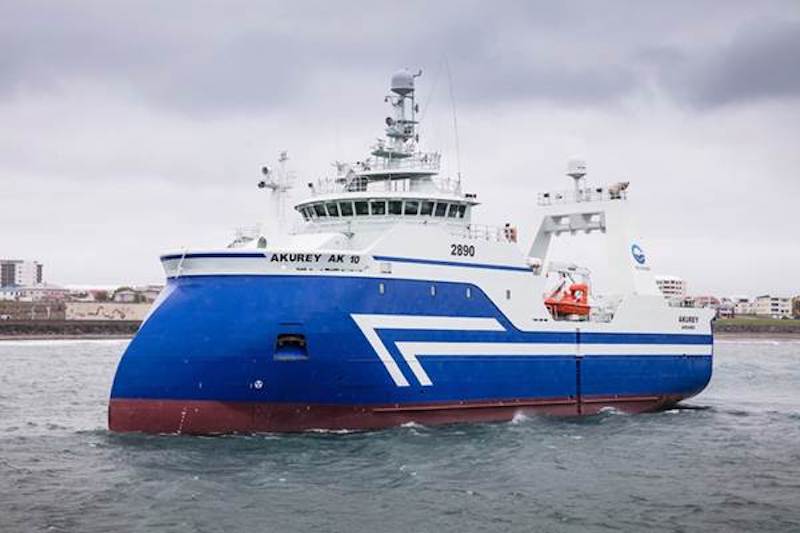 ‘There’s a closure along the south coast for the spawning season, so I decided we’d try our luck off the Westfjords. But it hasn’t been a great trip and cod are thin on the ground these days,’ said Eiríkur Jónsson who skippers HB Grandi’s trawler Akurey.

‘We started the trip on the Mountains and as usual there was plenty of golden redfish, and we had some good hits of saithe. Then we tried the Eldey Bank, but there wasn’t much there. I knew that cod fishing had dropped off deep on the Selvogur Bank, at least outside twelve miles, I decided to try the Westfjords. We haven’t had much success and I expect we’ll have a couple of tows off the Snæfells glacier on the way home,’ he said. When we spoke to him, the trip had resulted in 100 tonnes in the fishroom.

Cod fishing appears to be slow on all the trawl grounds at present. Helga María and Engey had both tried trips to the Westfjords before Akurey went there, and with limited success. According to Eiríkur Jónsson, the news from the east coast is that cod are also scarce on the trawl grounds there.

Good May for Síldarvinnslan trawlers