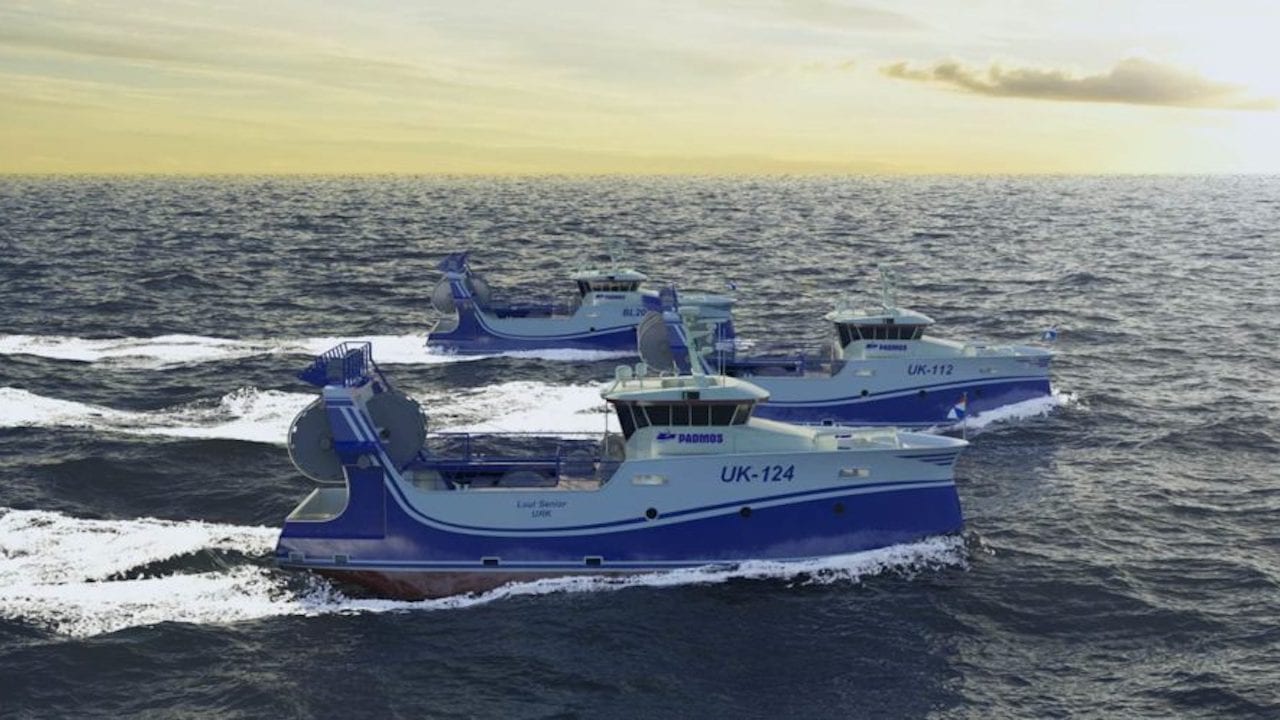 Padmos has orders for three 24.95 metre newbuilds, plus a letter of intent has been signed for a fourth. Image: C-Job

With work in progress to build a series of fly-shooters for Dutch owners, the Padmos Shipyard has brought in C-Job to provide additional engineering and naval architectural services as it expands the newbuild side of the yard’s activities.
The first of these is the new Luut Senior UK-124, with an order placed earlier this year by Urk company Rederij T de Boer for a 24.95 metre by 8.50 metre breadth fly-shooter. The keel was laid in March, and the delivery date is set for January next year.
According to Padmos project manager Walter van Harberden, one of the key aims is to increase the overall efficiency by optimising the propulsion arrangement, which is direct-diesel driven.
‘We achieve this by increasing the size of the propeller,’ he said, explaining that the company’s present vessel uses a 2300mm propeller, while the new vessel has 3000mm propeller.
‘With the same power capacity, they will have much more bollard pull – a characteristic that is critical in fishing operations,’ he said, adding that C-Jon was brought into the project to provide a 3D digital model and 3D animation.
‘We have produced our own general arrangement plans of the vessel, and C-Job are providing us with the production drawings that need the more specialist technical and engineering knowledge. These detailed drawings include all the fishing equipment and propulsion arrangement so it’s quite a complex task because this is a relatively small boat in relation to the amount of equipment it contains.’
He commented that this is a streamlined process, with one of C-Job’s staff working at the Padmos yard throughout the project.
‘This helps translate any differences between our work floor and their drawings. It’s a proven method that we have used before on a vessel similar to this,’ he said.
‘The UK-124 is actually the first of three similar vessels that we are building for three different owners. On top of that, we have also just signed a letter of intent for a fourth vessel. All these vessels will have input from C-Job. We will be building them simultaneously and delivering them at four-month intervals. In terms of workflow, this is the optimum number of vessels that we can construct at any one time because we have to keep in mind that we still have repair jobs coming in all the time,’ Walter van Harberden said.

Denmark’s fishing vessel of the future