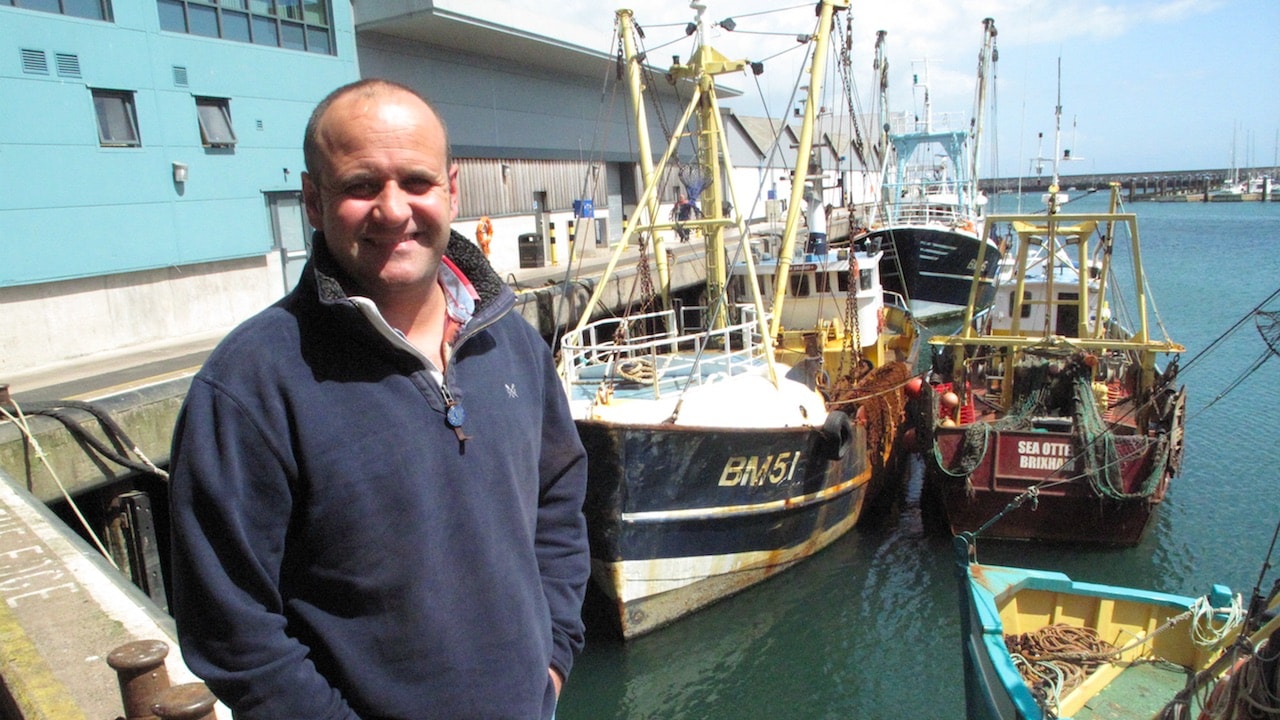 The move to an online auction was inevitable, according to BTA managing director Barry Young

Next Monday will see the last traditional shout auction take place in Brixham as the new could-based Kosmos system will be in operation from Tuesday 4th of June onwards, bring in a new era of remote buying to the Brixham auction.

Buyers will no longer need to be present at the auction in person, and according to Barry Young, managing director of Brixham Trawler Agents, the introduction of an web-based auction clock has been under discussion for many years, but taking the plunge with a new system was inevitable.
He commented that there are a number of factors behind the change, including a need to promote the Brixham fish market more widely and to raise a greater awareness of a world-class products with a consistent high quality.
‘We also saw the need to remove the peaks and troughs in pricing, and trawler owners have recognised that the new system will stabilise prices,’ he said.
‘This also gives buyers wherever they are the opportunity to buy Brixham fish, and with fish always available to them. It provides a very competitive market place for both buyers and sellers, and the cloud-based technology is simple, flexible and easy to use.’
Once the board of BTA had taken the decision to push ahead with the new online cloud-based clock auction they were very keen to ensure that they brought the existing buyers onboard with their intentions.
‘BTA are very aware that existing buyers have supported the fish market for many years and in some instances over several generations. Many of these buyers would have had worries about the impact on their business. BTA has recognised these concerns and offered a programme of training,’ Barry Young said.
‘One of the main principles behind the decision to invest was to ensure the future of the fish market, which in turn would have a positive effect on both the trawler owners, the existing buyers and supporting local industries.’

As long as a buyer has internet access, is registered as a fish buyer with Torbay Council and has an account with BTA, a password and login are provided, and users do not need to install any additional software to use the web-based auction.
BTA has already upgraded its broadband and wi-fi to ensure constant access and reduce latency within the network – but the change that buyers will have to adapt to is that the auction will be run along Dutch auction lines, with bid prices starting high, and reducing until a bid is made.

‘This Dutch Auction process has been a tradition on the continent since the Middle Ages but will be very new to many UK buyers,’ Barry Young said.
‘Chief auctioneer John Rogers will start the bidding process and manage the clock auction. As the clock runs, the price decreases until a buyer makes a bid by hitting his keyboard, the clock stops and the buyer then informs the auctioneer how much fish they wish to purchase. The clock then resets and the process repeats until the total stock has been sold. Each buyer has the same chance to stop the clock and purchase as little or as much fish as they require,’ he said.

BTA expects that by opening up the market to potential new buyers, prices to become more stable irrespective of the quantity of fish landed. By introducing this new cloud-based auction – which BTA states is a world’s first within the fishing industry and far superior to any systems currently operating across Europe – they will attract more landings to Brixham.
‘The auction software is very flexible and allows BTA to construct a catalogue on the night prior to the auction,’ Barry Young said.
‘This is important because many of the buyers will be remote from the fish market and won’t be able to view the catch so the catalogue needs to contain all of the information a buyer needs to make decisions including fish types, quantities, amount of time the boat spent at sea, where the fish was caught and the quality score.’
He explained that buyers can set pre-bids for specific quantities and types of fish in advance. For example they can set a pre-bid for 10kg of monkfish and 50kg of turbot the night before the auction and have an extra hour in bed.

‘This will be a new experience for all involved,’ he added.

Buyers and BTA auctioneers used to the banter of the traditional shout auction will need to get used to operating in a classroom environment. BTA staff has gone through weeks of training and preparation to ensure a smooth transition. Additional training for fish buyers has also been given to get them used to the different way of doing things.
‘The cloud-based fish auction is a major investment for BTA and we took that decision on behalf of the whole fishing community as we believe this is a game-changer for our industry. It has been 50% grant funded under the European Maritime and Fisheries Fund and if we see an annual increase in the price of fish of between 2% to 3%, we will get the required return on our investment,’ Barry Young said.
On the day of the launch representatives from Belgian software company Aucxis, who designed the Kosmos programme, will be on hand to ensure the launch goes smoothly and if required smooth out any unforeseen glitches.
BTA fishing consultant Kurt De Lange who has project managed the launch and the training will also be present to assist.