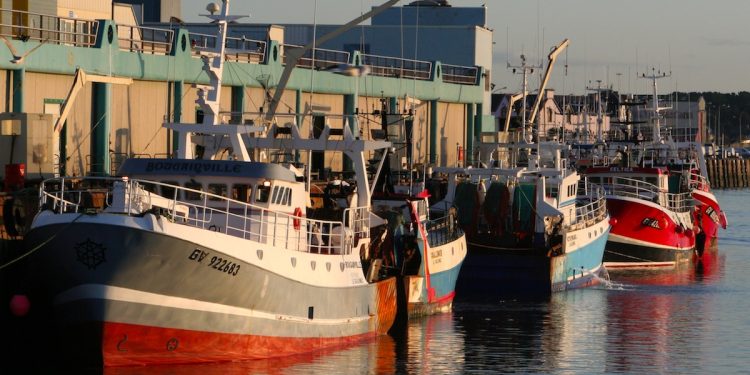 Brittany PO Les Pêcheurs de Bretagne (LPDB) has claimed that technical measures introduced for 2020 at the Council of Ministers December will have a serious impact on sixty fishing vessels, as measures aimed at protecting cod and whiting will decimate their usual fisheries.

LPDB states that the outcome is a humiliation for France as the new Commissioner was determined to meet the expectations of NGOs and the Commission’s Green Deal requirements, and this represents a failure of diplomacy as the French delegation found itself isolated by its lack of preparation.

A spokesman for LPDB commented that the response by the Minister responsible for fisheries is unacceptable, telling the industry that postponing the introduction of new measures by five months is the best outcome that could have been hoped for, while also telling the fishing sector that it put across the wrong arguments and that its proposals were not sufficiently ambitious.

Around sixty fishing vessels in Brittany will be affected by the new measures, and this fleet makes annual landings of 8900 tonnes of fish with a value of €23 million.

Cod represents less than 3% of their catches and whiting less than 4% of the fleet’s catches in the Celtic Sea, and these are by-catch species for the fleet that targets monkfish and haddock. 47% of the European haddock quota is held by LPDB.

LPDB argues that the European Commission, working on Irish proposals, has set out to target French fishermen with the imposition of gear presumed to have been tested in Ireland and which remains unproven – and LPDB sees this measure as having been designed to hamper the activities of the Breton fleet.

‘This will result in a 44% drop in turnover for the vessels concerned, making it impossible to catch species such as monkfish, megrim and haddock,’ LPDB’s spokesman said.

‘We are reaching a crisis with haddock, as the TAC is increased 30%, inline with scientific advice, but this will prevent us from fishing for it.’

According to the Breton fishermen, their frustration lies in the work that has already been done in presenting serious, ambitious proposals based on scientific advice – none of which has been taken into account, including selectivity measures that were implemented in 2019.

LPDB President Soazig Palmer Le Gall commented that LPDB’s board expresses its complete distrust in the supervisory administrations of both France and other member states, as well as the European Commission

‘In the alarming context of the approaching Brexit, we are concerned about France’s ability to negotiate and defend the interests of French fishermen,’ LPDB states.

LPDB is calling on the French state to recognise the mounting concern at the vision of French fishermen being sacrificed, and concern that France is unable to maintain its place as a major fishing nation and a serious player in European fisheries.

‘Are we to believe that the European Commission and the NGOs are setting out our future – and that the only good fisherman will be a one who does not catch anything?’