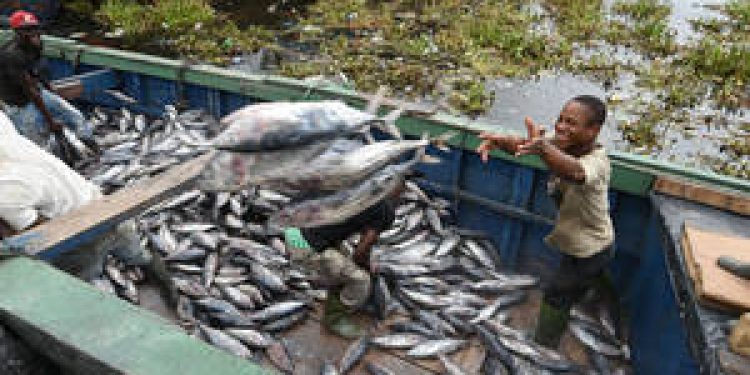 Bringing the blue world into the green economy

The D-G’s clear message to leaders at the African Ministerial Conference on Ocean Economies and Climate Change in Mauritius was that with fisheries and aquaculture emerging as transformational forces for African economies, more needs to be done to mitigate the impacts of climate change and illegal fishing on oceans and coastal communities.

He commented that African nations are increasingly realising the critical need to diversify beyond land-based activities and build their country’s often rich relationships with the sea. But made the point that the relationship is becoming less and less predictable due to environmental changes.

‘Coastal communities are already being affected by a combination of ocean warming, rising sea levels, extreme weather events, salt-water intrusions, ocean acidification and subsequent changes to the resources they depend on for food and livelihoods,’ he said, adding that attention to climate change impacts on the ocean has lagged behind concerns for impacts on land and atmosphere.

He said that this will have to change in order to unlock the full potential of blue growth in broader marine and maritime economies, and prevent others from losing their existing livelihoods.

The FAO Director-General underscored the disproportionate impacts on Small Island Developing States, saying that ‘For SIDS countries, this has become a fight for survival.’

In these countries, coastal communities are not only more dependent on natural resources but also less able to adapt to change – particularly those in Africa, he said.

The FAO has been urging governments to sign on to the international Port State Measures Agreement that recently entered in to force and will play a key role in combatting illegal fishing and improving fisheries management.

Currently, however, only 13 out of 34 SIDS countries are party to the agreement, of which only nine countries are in Africa, José Graziano da Silva stressed as he urged governments to consider taking immediate action to implement the treaty.

‘At the next ‘Our Ocean’ Conference, September 15-16 in Washington DC, I would like to present publicly the list of countries that have ratified the PSMA,’ he said.

He went on to state that gobal fish production has grown steadily in the last five decades, even outpacing world population growth. Between the 1960s and 2012, the average per capita fish consumption almost doubled, rising from just under 10kg to more than 19kg.

But the blue economy runs on more than just fish. In all, global ocean economic activity is estimated at $3-5 trillion. 90% of global trade moves by marine transport and over 30% of global oil and gas is extracted offshore. He said that in addition, expanding knowledge of marine biodiversity has provided breakthroughs in sectors such as pharmaceuticals, food production and aquaculture.

José Graziano da Silva highlighted the role of ocean health in the UN’s new Sustainable Development Goals, along with the success of last year COP21 Climate Conference in Paris, where marine health featured prominently for the first time.

Looking ahead at the upcoming COP22 in Morocco, the FAO D-G said the organisation will highlight how oceans can help grow economies and manage climate change at the same time.

‘The goal of the international community should be not only building a sustainable green economy, but also a blue one,’ he concluded.