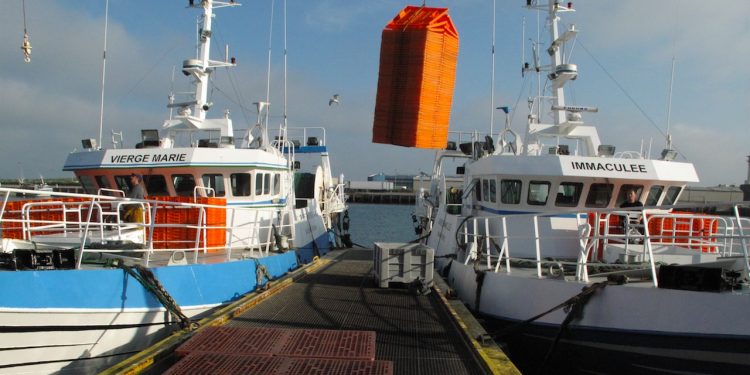 The European Commission has proposed a legislative amendment to the European Maritime and Fisheries Fund 2014–20 (EMFF), which would allow for additional crisis measures to support European fisheries and aquaculture.

The is to address the far-reaching effects on food production due to the crisis triggered by the Russian invasion of Ukraine, and complementing the initial package of crisis measures adopted under the European Maritime, Fisheries and Aquaculture Fund (EMFAF) on 25th March.

This comprises financial compensation for additional costs, for income forgone and for the storage of products, as well as for the temporary cessation of fishing activities where they are currently unsafe.

‘The fishery and aquaculture sectors are heavily affected by the war in Ukraine. There are still financial resources available under the EMFF,’ said Virginijus Sinkevičius, Commissioner for the Environment, Oceans and Fisheries.

‘With this proposal, we give the possibility to Member States to reallocate them to specific measures mitigating the socio-economic impact of the crisis.’

Russia’s aggression against Ukraine has increased the prices of energy and raw materials, generating very high additional operating costs and squeezing profit margins in the fishery, aquaculture and seafood processing sectors. The war has also led to a precautionary interruption of fishing activities in certain areas. Once this latest proposal has been adopted, Member States will have the possibility to quickly grant financial support for the additional costs and economic losses stemming from the crisis.

These include:
• Financial compensation for the temporary cessation of fishing activities where the military aggression of Russia against Ukraine jeopardises the security of fishing operations. This compensation is not subject to the financial ceiling and to the maximum duration established for the other cases of temporary cessation.
• Financial compensation to producer organisations which store fishery or aquaculture products in accordance with the storage mechanism of Regulation (EU) No 1379/2013 (common organisation of the markets).
• Financial compensation to operators of the fishery and aquaculture sector (including the processing sector) for their income forgone, and for additional costs they incurred due to the market disruption caused by the military aggression of Russia against Ukraine and its effects on the supply chain of fishery and aquaculture products.

The proposal introduces these compensation schemes in existing EMFF measures to facilitate their quick implementation.

The proposal also introduces flexibility mechanisms to facilitate the quick implementation of these new measures, including a simplified procedure for amending the operational programmes of Member States as regards the introduction of these measures, including the reallocation of financial resources, retroactive eligibility of expenditure as of 24th February 2022 for these measures, and the possibility of reallocating the fixed amounts initially reserved for certain EMFF measures (such as control and enforcement, data collection) to the new crisis related measures.

This is a legislative proposal takes effect as soon as it has been adopted by the European Parliament and approved by the Council.