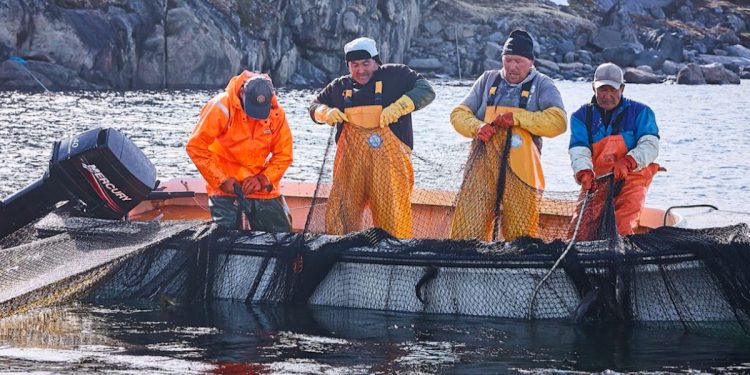 At this time of the year with the price of cod falling, increased landings of live cod mean better earnings for both fishermen and Royal Greenland. Demand for cod is strong and the excellent quality of the cod landed alive means that it fetches better prices.

‘As of 1st October 2020, more than a third of the coastal cod quota in West Greenland has been purchased as live fish,’ said operations manager at Royal Greenland, Sten Sørensen.

One of the reasons for the increased supply is, among other things, that fishing areas have been expanded.

‘In recent years, more and more fishermen in the Maniitsoq and Kangaatsiaq area have participated in the live cod fishery. The fishery was later expanded to include the Paamiut and Nuuk areas. The project with the procurement of live cod covers in practice the area from Qeqertarsuaq in the north to south of Paamiut,’ Sten Sørensen said.

‘The increased uptake of live cod means a significant increase in the quality of our cod production. This results in better prices and sales. Especially this year, when Covid-19 has hit us, it has also proved to be to an advantage to the fishermen, because we have been able to maintain the purchase price of live fish. The main reason is the quality, but also the fact that the majority of live fish are filleted. The fillet market has not been as badly affected as the market for whole fish for further processing.’

In 2019, Royal Greenland’s procurement of live cod from the coastal quota was below 20%, while this year it is around 35%.

Fishing in the new fishing areas has gone well, but there have been challenges with production at the factory in Maniitsoq.

‘We are now in a situation where both we and the suppliers know the concept, therefore I think the fishing has actually gone without any big problems. But we have challenges with production capacity,’ Sten Sørensen said.

‘Our capacity at the factory in Maniitsoq is high, but we would like to establish a two-team shift at the factory to be able to keep up. So it was good that our trawler Sisimiut could go into Nuuk and pick up 700 tonnes of raw material in July, which they then produced on board as fillets.’

The season for fishing and production of live cod ends in early November and Royal Greenland would like to continue the project with live cod in the future.

‘We hope to be able to continue the project in the future because it has shown that bottom net cod can become the best cod products made in the world. Therefore, our plan is to maintain the project in the coming years, and pick up live fish along the entire west coast,’ Sten Sørensen said.