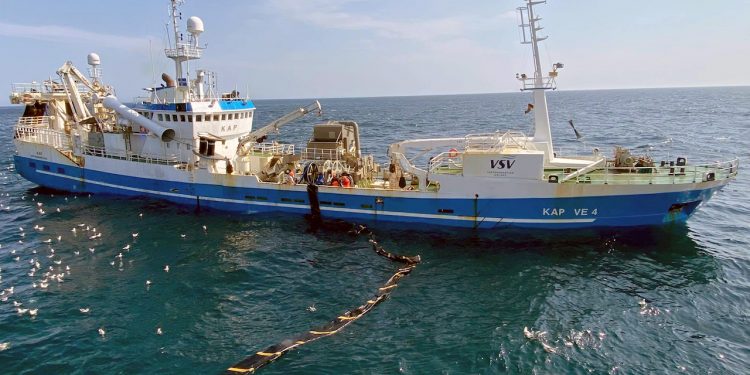 Westman Islands fishing company Vinnslustöðin (VSV) has this year had its best ever herring season, and this has now come to an end.

‘The 30th November night shift at the factory processed the last of the herring, landed by Ísleifur, to finish the season,’ said Sindri Viðarsson, who heads VSV’s pelagic division.

‘This brings to an end a successful season of Atlanto-Scandian and the Icelandic summer-spawning herring. We can say that this is the biggest season in Vinnslustöðin’s history.’

The company’s pelagic vessels have landed more than 20,000 tonnes of herring during the season, enough for approximately 10,000 tonnes of products. Staff at the pelagic processing plant have been working non-stop shifts from 12th September to the end of November, and that followed on from working mackerel shifts that began in early July.

He commented that this has been a heavy season, which has returned significant values for everyone connected to the fishery, both in the Westman Islands and for the Icelandic economy as a whole.

Herring products are sold to Poland and elsewhere in Eastern Europe, as well as to markets in German and Africa. While European markets prefer fillets or butterfly fillets, African buyers want their herring wholefrozen.

‘All the same, it’s most likely that the majority of any catches would be processed for fishmeal.