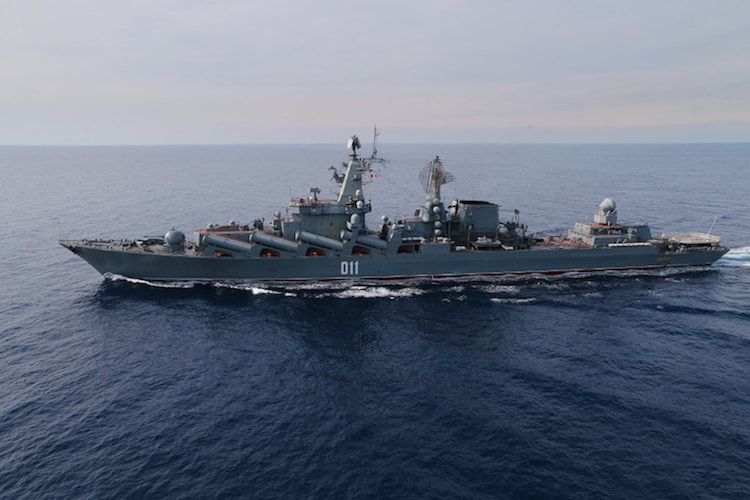 An Icelandic trawler was fined for an apparently minor infringement a week ago in the Barents Sea, after having found itself on the wrong side of the Russian Navy while military manoeuvres on a grand scale take place in the Barents Sea. Therney’s skipper was fined a nominal $500 and allowed to proceed. Now Norwegian fishermen are also finding themselves barred from fishing grounds.

Vessel operators’ association Fiskebåt has written to the Norwegian Armed Forces, Foreign Affairs and Fisheries Ministries to ask for answers, and has commented that the present unacceptable situation is rooted in a lack of procedures for the Russians and the Norwegian Coastguard to notify seafarers of the manoeuvres. Fiskebåt has asked to what extent the Ministry of Defence and the Coastguard have procedures in place to forward information to shipping.

There is a longstanding agreement between Norway and Russia on fisheries management in the Barents Sea and the joint Norwegian-Russian commission sets annual TACs for their own and third country vessels. There is a long background to this of reciprocal access, and Norwegian and Russian fishing vessels routinely operate in each other’s waters.

According to Fiskebåt, the problem is not just that areas are closed, but that this happens at short notice, with fishing vessels required to move on as the exercises increase in scope and intensity. Norwegian vessels have also found that they do not receive Russian Navtex messages while in the Norwegian zone, and Fiskebåt states that the Norwegian authorities could minimise disturbance by forwarding information received from their Russian counterparts.

Fiskabåt has referred to a chart received from a vessel operating in the area, outlining an area more than 200 nautical miles square closed off from 10th September to the 18th October, extending more than 35 nautical miles into the Norwegian EEZ. The organisation has asked if it is the case that the Norwegian authorities have agreed to this, and for clarification on how fishing vessels expecting to operate in the area should proceed.