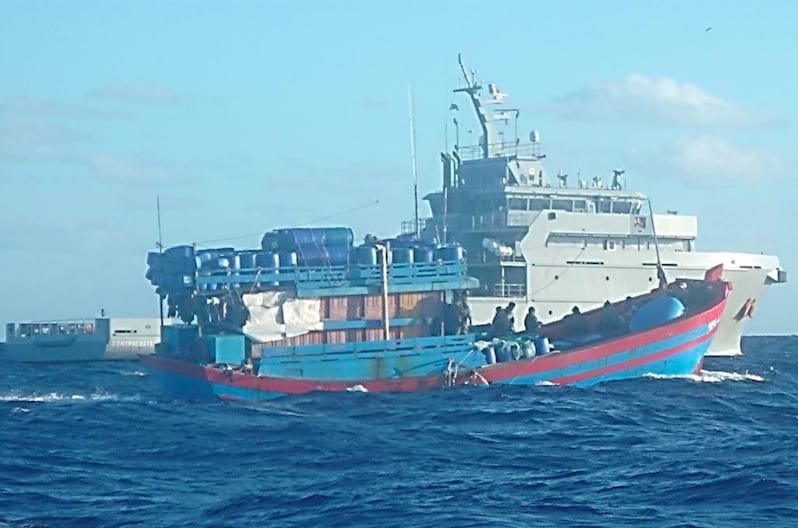 During November and December 2016 two AFMA fisheries officers joined the French Navy on a three week fisheries patrol on board the B2M D’Entrecasteaux, a multi-purpose French naval vessel based in Noumea, New Caledonia.

The main aim of the patrol was to investigate the recent sightings of vessels fishing illegally in the vicinity of Chesterfield Reef located to the western edge of New Caledonia’s Exclusive Economic Zone, about 200 nautical miles east of Gladstone.

Combined aerial surveillance provided by France, the Australian Border Force, and the New Zealand Defence Force detected three vessels suspected of illegally taking sea cucumber. In a co-ordinated operation with Australian maritime authorities, one of these vessels was apprehended in the Australian Exclusive Economic Zone by the Royal Australian Navy vessel HMAS Pirie on 30 November near Saumarez Reef.

Later that week, BM2 D’Entrecasteaux on return to Chesterfield Reef in French waters boarded a Vietnamese fishing vessel that was alleged to be conducting illegal diving operations on the reef. Upon inspection it was found to have approximately 3500kg of processed sea cucumber on board. As a result the French authorities seized all the vessel’s catch and fishing gear.