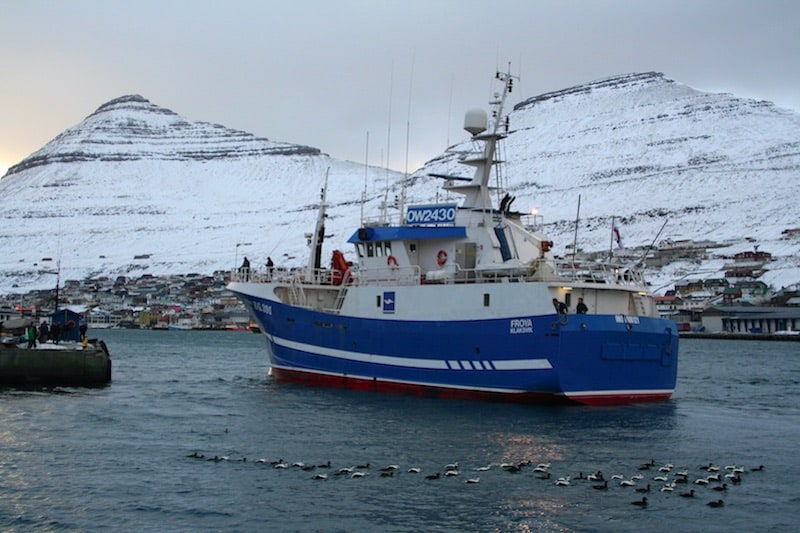 Klaksvík will host the 2019 Atlantic Fair in May

There’s plenty of excitement in Klaksvík ahead of what promises to be the largest trade fair ever to be held in the Faroe Islands in May.

The Atlantic Fair International Maritime Exhibition takes place in the Faroe Islands’ fishing capital of Klaksvík 21st-23rd May, with 190 companies from twenty countries taking part in the now fully booked event which is due to be opened by the Faroese Prime Minister.

‘For a nation of 50,000 people, this presents us with a rare opportunity to highlight the economic activity that has sustained these islands for so long,’ said Áki í Skemmunni, one of the founders of the Atlantic Fair and now its managing director.

He commented that the Islands have a booming economy and the event will successfully reflect the range of developments taking place in the maritime field in the Faroe Islands.

‘The fishing industry, which includes fish farming, has been the economic basis on which the Faroes have been transformed into one of the richest nations in the world. The Atlantic Fair aims to celebrate and consolidate this legacy, as well as to explore opportunities to develop it further so that the society as a whole can benefit and continue to look forward to the prospect of a bright and exciting future,’ he said.

‘Currently there’s a feeling of optimism in the Faroes. This is reflected in the record number of immigrants, a significant proportion of whom are Faroese people returning home. Tourist arrivals are also at their highest ever level. The planned introduction of direct flights to New York and Paris later this year by the national carrier, Atlantic Airways, will place the Faroes at the centre of an impressive international transport network. This is a country with an enviable quality of life in which people have large amounts of disposable income. For both local and overseas firms it provides a potentially lucrative market in which to introduce their products,’ Áki í Skemmunni said.