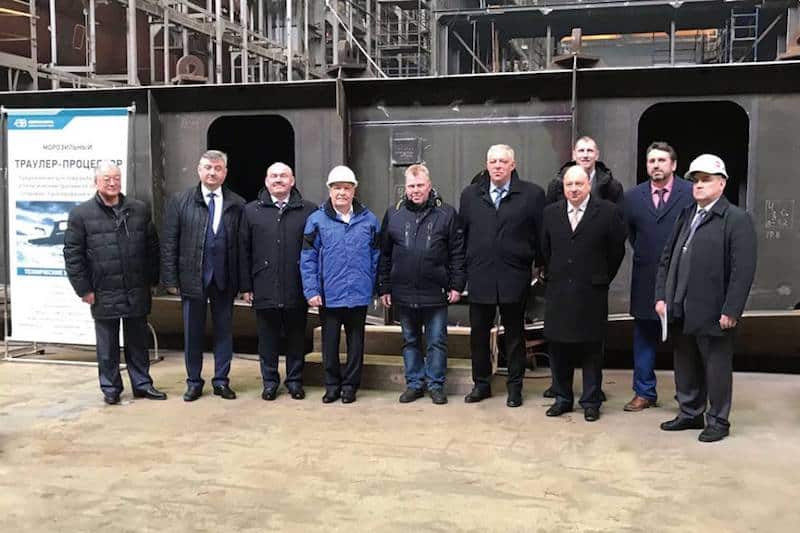 Construction has begun on Kapitan Geller, the second of the series of ten factory trawlers for Norebo. Image: United Shipbuilding Corporation

Construction work has begun on the second in the series of new trawlers for Russian fishing group Norebo, with the keel laid at the Severnaya (Northern) Shipyard in St Petersburg.
The first of the series in taking shape since its keel was laid in November last year, and both of these trawlers are being built for Norebo’s Rybprominvest company.
The second trawler has been named Kapitan Geller after Stanislav Iosifovich Geller (1936-2006) who was a well-known figure in the Murmansk fishing fleet.
The Svernaya Shipyard’s managing director Igor Ponomarev said that while the initial contract with Norebo was for four vessels, this has since been extended to ten.
‘This is the largest series of vessels to be built in the yard’s recent history,’ he said, commenting that serial construction provides opportunities for added efficiencies in production.
The shipyard currently has fourteen fishing vessels on its orderbook. In addition to the series of ten Noreo trawlers, Severnaya Shipyard is also building the Gandvik 1, 2 and 3 longliners for Virma, and longliner Marlin for Globus.