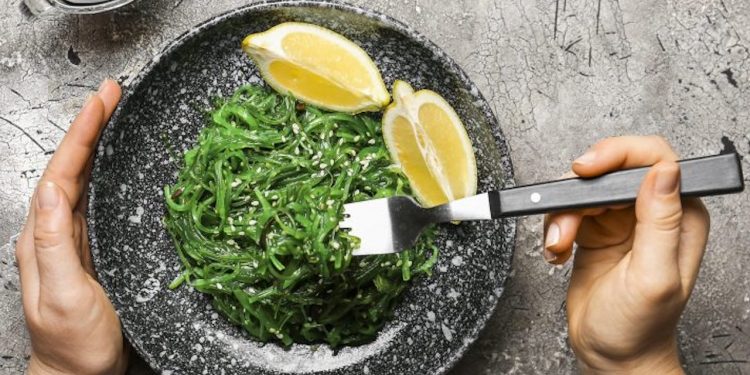 According to a recent survey conducted by Nofima, many people are positive about eating seaweed and kelp, despite the fact that many know little about them.

Several companies are in the process of growing seaweed and kelp along the Norwegian coast.

Experts around the world agree that the food we eat must become more sustainable and more diverse if the world’s growing population is to have enough food to eat. But do we want to serve seaweed at the table?

Florent Govaerts is a doctoral research fellow at the Nofima food research institute and is currently studying Norwegians’ attitudes towards eating seaweed and kelp as part of the SUREAQUA Nordic collaborative project. He recently conducted a nationwide survey in which 550 Norwegians participated.

‘Generally speaking, Norwegians have positive expectations regarding seaweed-based products. Despite not knowing much about the products, the majority say they are willing to try,’ he said, commenting that many consumers are unsure about the difference between seaweed and kelp. The majority of product packaging states that ‘seaweed’ is an ingredient.

Consumers were asked about the term ‘seaweed’ in the survey, as a collective term for both seaweed and kelp products.

What do consumers actually know about seaweed?

Only a third of the participants believed that seaweed absorbs and stores CO2, while the remainder had no opinion on the matter. Almost three-quarters of those surveyed did not know that seaweed contains a lot of iodine, which in the right quantities is important for health.

Both a low environmental impact and the fact that they are rich in minerals are characteristics that are often highlighted as being positive by the producers when seaweed and kelp are utilised as food. Despite the fact that consumers knew little about this, they had a positive impression of eating these marine plants.

The extent to which seaweed can be termed organic depends on processes such as its production, not the characteristics of seaweed itself.

Becoming familiar with seaweed via sushi

One group stood out as being the most positive towards this new food source. The survey showed that environmentally conscious, young and highly educated people were more positive about eating seaweed compared to older and less educated people. Of those who already eat seaweed, most were in the 18 to 29 age group.

‘The fact that seaweed can be used in many different ways is an advantage for the producers. Currently, interest is probably greatest among Asians, where they have many established traditions of eating seaweed. Norway, however, is a seafood-eating country, and it may therefore also be natural for producers to think about local markets,’ he said.

There is a growing interest and willingness to pay for food that is sustainable, organic or plant-based. Florent Govaerts does not disregard the fact that this may also play a part in influencing the positive attitudes seen in the survey.

‘People who are concerned about the environment, health and well-being are more willing to eat seaweed compared to those who are not so concerned about this. Therefore, seaweed producers should focus on increasing knowledge about environmental impact and health factors among consumers,’ Florent Govaerts commented.