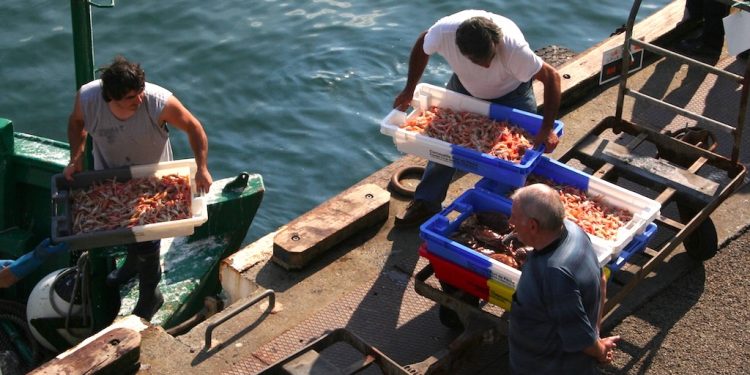 European fishing industry representatives are sounding the alarm over the likelihood of the European Commission’s plans to shut down 94 sea areas across French, Spanish, Portuguese and Irish waters to all bottom fisheries.

The European Bottom Fishing Alliance (EBFA), representing more than 20,000 sea fishermen and 7000 European vessels, has slammed the implementing act for the regulation on access to these waters submitted by the European Commission to the Council of the European Union.

EBFA has demanded the withdrawal of this act, in view of the recognised shortfalls in the relevant science, a clear lack of proper consultation, the fact that there is no comprehensive socio-economic impact assessment, and there is no endorsement from the Council.

According to EBFA President Ivan López van der Veen, the vote in the European Council of Ministers resulted in the extremely rare outcome of no qualified majority either in favour or against the text – leaving the decision to be made by the Commission.

‘Many Member States – some of which were not even directly affected by this implementing act – decided to abstain in protest against the lack of proper consultation in the process and weakness of the impact assessments and accompanying this potential decision,’ he said.

‘In view of the reservations expressed by the Member States, it would be particularly surprising to see the Commission force its way through,’ he continued, warning that if these closures go ahead, the result will be some dramatic consequences for all European fisheries.

No commitment, no ambition

EBFA states that of the four possible scenarios proposed by scientists, the Commission chose the most restrictive, proposing to close to fishing entire traditional fishing grounds.

‘Furthermore, scientists recognised that the obsolete mapping capability used in the scientific advice can overestimate the proportion of the seabed where both fishing occurs and VME’s are present. Yet there is no public commitment nor ambition from the Commission to solve this long-lasting issue,’ he said.

‘These limitations do not stop the Commission from shutting down entire fishing areas even if VMEs do not exist or only exist in a fraction thereof, neglecting and amplifying the huge socio-economic consequences for fishermen and food security.’

He added that the Commission disregarded even the possibility of including areas where the existence of VMEs has been better determined and mapped.

‘This information seems of no interest to the Commission even though the science comes from an EU-funded project that aims to better protect biodiversity (LIFE programme) which counted with the participation of stakeholders, including the fishing fleet. Additionally, the implementing act will introduce buffer zones that triple the surface of the closed areas where vulnerable ecosystems exist without a clear justification of their need.’

Other fishing gears, such as long-liners or hooks, whose impacts, be it environmental or socioeconomic, where not studied, will also be affected by the closures in a very disproportionate manner.

‘These fishing vessels will be forced to move from traditional fishing grounds to other areas where the target species might not exist, which will certainly disrupt fishing operations. Some of these fleets will be affected by these closures up to 75% of their current catches without any prior socio-economic impact assessment.’

According to EBFA, there is surprise and alarm within the fishing sector that the European Commission has failed to carry out a proper consultation process worthy of the name with all the stakeholders.

While discussions and meetings have been held in recent years, EBFA states that the industry was given no opportunity to properly evaluate a proposal tabled only 14 days ago.

‘The sector has a real interest in providing useful feedback, based on data and science, but that needs some time to achieve, just like it took six years for the Commission to make this proposal,’ Ivan López said.

‘EBFA fails to understand why the Commission decided to go for the shortest delay possible from proposal to voting, two weeks, when they could have provided more time for affected fleets and Member States to study and propose changes to the plan. Certainly, the Commission is not able to live up to the transparency and open debate standards that it so strongly demands from others.’

‘We are fully aware that our activity impacts the environment, just like any food producing system. We also understand and support the need to close areas where vulnerable ecosystems exist as part of a better protection of the Ocean. Unfortunately, this is not the case in this implementation. Traditional fishing grounds are closed to fishing beyond a real need, just to reach political targets with no real benefit for nature and with huge consequences for fishermen and food security,’ he said.

‘The Commission advocates co-management when it comes to their own decisions, but sadly does not apply this in practice. Instead we are portrayed as reactionaries when all we want is effective management and protection, based on reality and not on a goal of who closes more square kilometres of the sea to fishing. It is even more painful to experience when one sees the lack of interest from the same Commission when it comes to deep sea mining, an activity that seems perfectly OK to Brussels.’