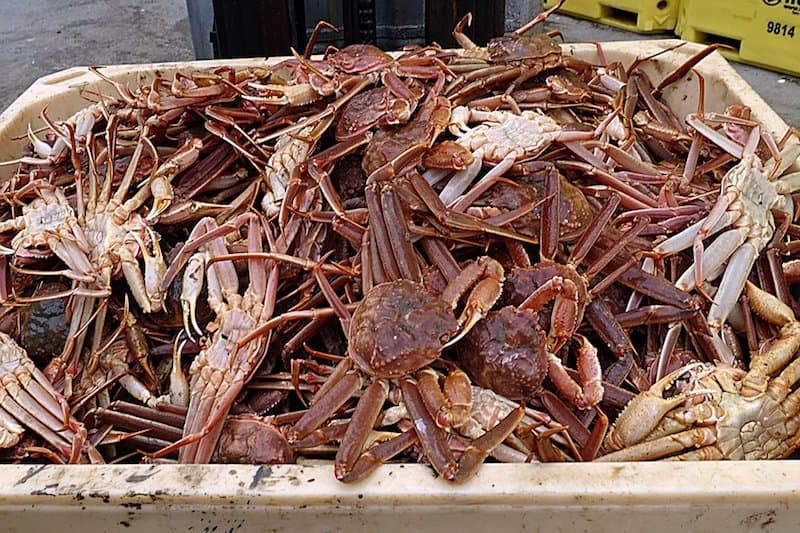 Norway’s Institute of Marine Research has advised that the 2019 snow crab quota should be between 3500 and 5000 tonnes, and favours closure from 15th June to 15th September.

‘The quota recommendation is based on the objective that the snow crab fishery should be sustainable, enabling a fishery that provides the foundation for long-term value creation. In addition, the fishery must ensure the least adverse consequences for the ecosystem,’ said Ann Merete Hjelset responsible for snow crab research the Institute of Marine Research (HI).

This is the third time that the Institute had provided quota advice for snow crab on the Norwegian continental shelf in the Barents Sea, advising a 4000 tonnes fishery in 2017 and a 4000-5500 tonne fishery for 2018.

The main crab stocks are currently in Russian waters, but are expected to expand further to the north-west and in recent years have increasingly been in evidence on the Norwegian part of the continental shelf.

‘In 2017 several single discoveries of snow crabs were reported north of Svalbard, but the harvestable stock is still east of the Svalbard fishing zone and on the Norwegian part of the shelf in the Smutthullet,’ she said.

‘It is male crab which has commercial value, and basically the minimum size is based on market requirements and is therefore not a biological reference. All the same, we believe this is a minimum size that will also ensure recruitment to the stock, and we believe it can be maintained until we have gained more knowledge about the biology of snow crabs in the Barents Sea,’ Ann Merete Hjelset said.

Snow crab is a new species in the Barents Sea, and so far, marine scientists have limited knowledge of how it affects the ecosystem, while assuming that the crabs’ surroundings will be affected as they are both a predator and prey.

‘We have found it in cod. There are also studies indicating that snow crab can affect the bottom fauna, but still there is a lot of uncertainty about how the crab affect the ecosystem in the Barents Sea.’

Snow crab was first found in the south-east Barents Sea in 1996. Genetic analyses show a closer relationship between crabs from the Barents Sea and Bering Strait and the east coast of Canada than with those from Western Greenland. The theory is that crab has spread by migrating from the Chuchki Sea north of the Bering Strait, and westwards to the Barents Sea.