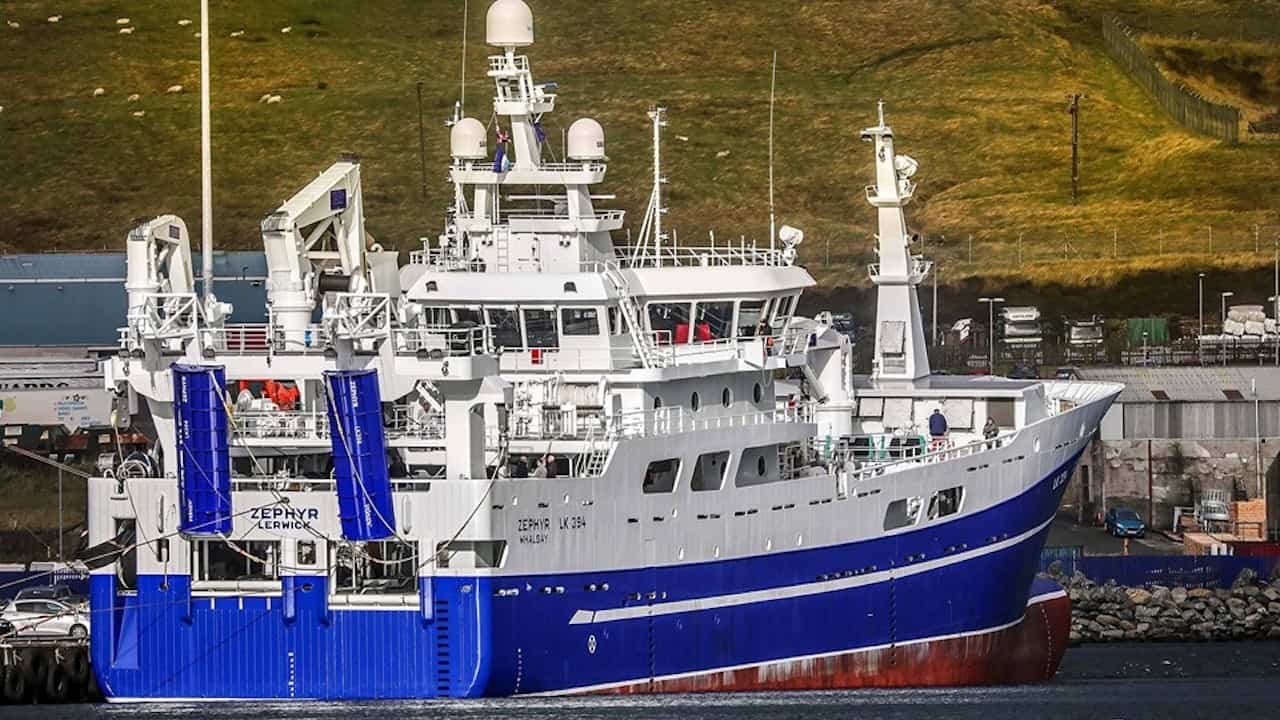 With their new Zephyr delivered from Larsnes Mekaniske Verksted yard in Norway at the beginning of October, skipper Allister Irvine and his crew looked carefully at the fishing gear options for the 75.40 metre, 2467 cubic metre capacity pelagic trawler.

Having used Vónin blue whiting gear for the past years on their former vessel, they were in no doubt that they wanted the complete package – the tried-and-tested 2304 metre blue whiting trawl, with a pair of Tornado doors and a couple of heavy duty codends.

Vónin’s blue whiting trawl has been a consistent performer on pelagic vessels based in the Faroe Islands, Iceland, Denmark, Norway, Russia, the Netherlands and France, as well as on board a couple of UK pelagic vessels.

In fact, a substantial chunk of each season’s blue whiting catch is taken in trawls and the heavy-duty codends that come from Vónin’s net loft.

Zephyr’s trawl is made with its forenet meshes spliced from the company’s own Capto rope to give the gear the strength and flexibility it needs for coping with the demanding blue whiting fishery that takes place west of Ireland in the early part of each year. This is a fishery that’s characterised by frequent heavy weather and big bags of fish taken from the dense marks of migrating blue whiting, so robust gear is essential.

The Vónin trawl gear is matched with an 11 square metre pair of the Tornado doors that have been shown to be remarkably versatile, performing from just below the surface to close to the seabed. They can be rigged for a variety of trawl gears and towing speeds from 1.50 knots to more than 5 knots, and they take both parallel and V-rig configurations in their stride.

There’s plenty of new thinking and an innovative design behind them, with five foils and a patented Flow Booster generating exceptional lift. Pelagic skippers have repeatedly mentioned that they see the doors square away as soon as they hit the water, spreading rapidly as the Flow Booster kicks in.