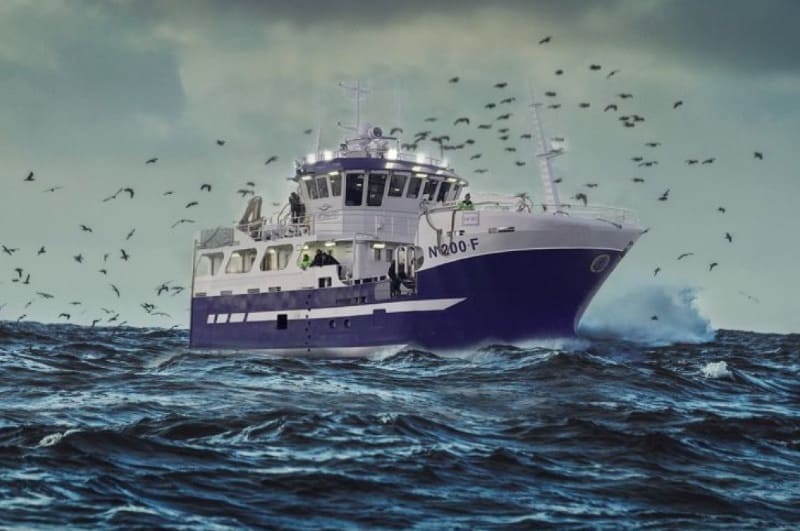 A new generation hybrid fishing vessel for owners in Norway has reached home in Lofoten after a delivery trip from Croatia. It isn’t going to sea right away, as the catch handling deck is being fitted by a local contractor.

Built for Hans Angelsen & Sønner, the new Angelsen Senior has been a close collaboration between the owners and Moen Marin and Marin Design, as the Angelsen brothers were determined to build a fishing vessel that would be both sustainable and innovative.

‘We wanted a safe workplace where running on electricity means less noise and less vibration,’ said Øystein Angelsen, who brought the boat home from Croatia to Lofoten.

‘We simply wanted a better working environment. At the same time, the boat has a better carrying capacity and we can handle the catch in the best possible way.’

The propulsion system centres around two Scania DI13 diesel gensets and a Corvus two-piece battery pack to drive a Helseth fixed pitch propeller, and the hybrid propulsion system has been delivered by Elmarin. The intention is to operate on battery power when there is a low power requirement, such as when laying to or hauling, and to switch to diesel-electric mode when shooting the gear or steaming at up to ten knots, which also provides an opportunity to charge the battery packs. There is a also a heat recovery system to route excess heat to where it can be best utilised.

‘The battery reduces fuel consumption by 25%, and generator running time by as much as 75%, and it cuts annual CO2 emissions by 200 tonnes. As battery technology evolves, it’s not unlikely that it will be possible to operate for a greater proportion of the time on electrical power,’ said Moen Marin technical manager Torfinn Hansvik.

The project to build the 20.99 metre LOA, 9 metre beam Angelsen Senior has been supported by development fund Enova.

Angelsen Senior has accommodation for a crew of eight and is expected to operate as netter to fish for cod, haddock and saithe. The net hauler is from NetOp and the net handling system is from Hydema Syd. Triplex also supplied the KN 10 and TMP 900 K cranes.

The factory deck is being fitted by Latech AS and the boat has a 150 cubic metre fishroom fitted with a Marine Fish Int ice machine. 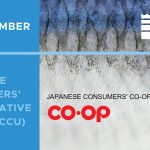