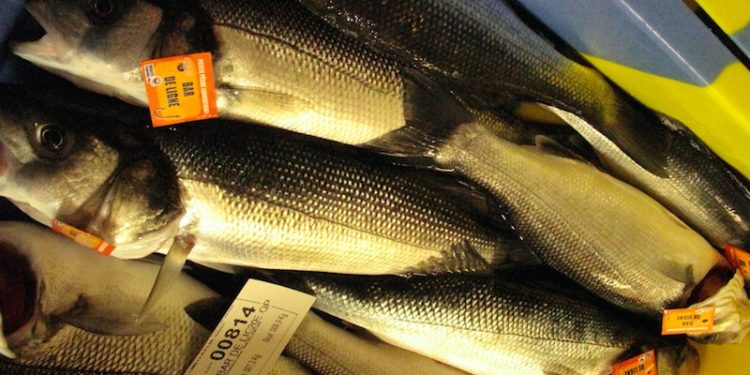 French artisanal fishermen’s group Plateforme de la Petite Pêche Artisanale Française claims that this is the time of year when sea bass under the greatest pressure and is calling for a wider winter moratorium.

‘Bass has for years been suffering massive overfishing in spawning areas by pelagic trawlers, with huge quantities of low-quality fish landed and sold at low prices,’ the group claims.

Line fishermens’ group Association Des Ligneurs De La Pointe de Bretagne has opposed this winter fishery for decades, but claims that it had been ignored while the bass stock has declined to dangerous levels.

According to Plateforme de la Petite Pêche, in 2015 pelagic trawling on spawning grounds was prohibited by the European Union in the English channel and the North Sea, with a winter moratorium in February and March.

‘Despite this late decision, the sea bass stock has not regained its strength and fishing for bass is now virtually banned, with the exception of an annual 5 tonne quota for trolling boats,’ Plateforme de la Petite Pêche said.

‘Neither the fishermen’s organisations nor the authorities appear to have learned any lessons from this disaster scenario experienced by all fishermen. In the Bay of Biscay, between Audierne and the coast of northern Spain, this winter bass fishing with pelagic trawls on the spawning grounds is still permitted. The winter bass moratorium in the Channel will begin on 1st February, while fishing on spawning grounds will be allowed in the Bay of Biscay.’

According to Plateforme de la Petite Pêche, these are in all likelihood the same stock, and this threatens the bass stock as a whole.

‘We are calling on the European Union and the French authorities to reconsider this situation and establish a full moratorium for all areas in February and March of each year. We also call on trawl fishermen and the general public to adopt a responsible attitude and ban bass during February and March.’