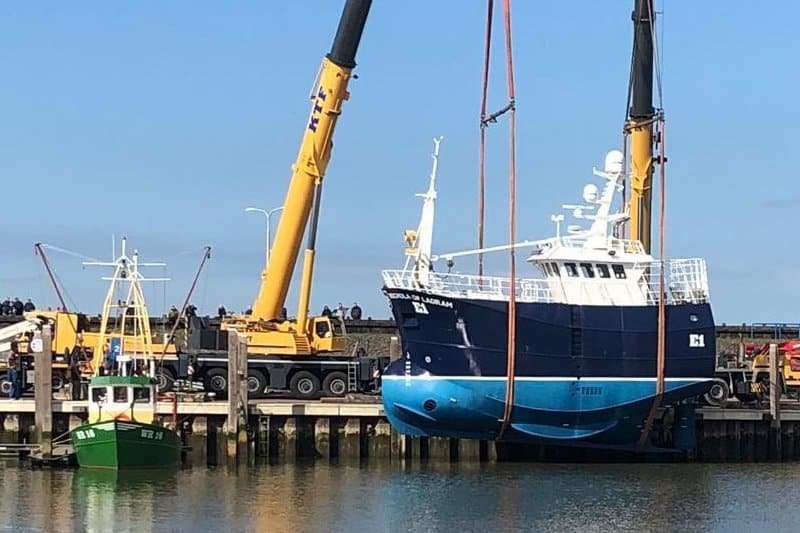 The Luyt shipyard at Den Oever has launched the first of two new fishing vessels being built for UK company Waterdance. This is the first newbuild for a British company in the yard’s 60-year history, as well as the yard’s first crabber.

The 14.95 metre by 7 metre beam Nichola of Ladram E-1 is designed by Ian Paton of SC MacAllister & Co as a dedicated vivier crabber.

Nichola of Ladram’s hull has been built at the Ibis yard in Holland and was brought to Den Oever for fitting out.

It has a Caterpillar C18 main engine driving a five-bladed 1800mm propeller, as well as a pair of Caterpillar C4.4 auxiliaries. The 45,000 litre capacity vivier will have capacity for around 22 tonnes of crab and the set of heavy-duty pumps in the forward section are capable of six complete water changes per hour to keep the catch in peak condition.

Nichola of Ladram is the first new steel vessel to be built for Waterdance for twenty years, and is to be followed by 35 metre beam trawler Georgina of Ladram, also due to be delivered by Luyt next year.