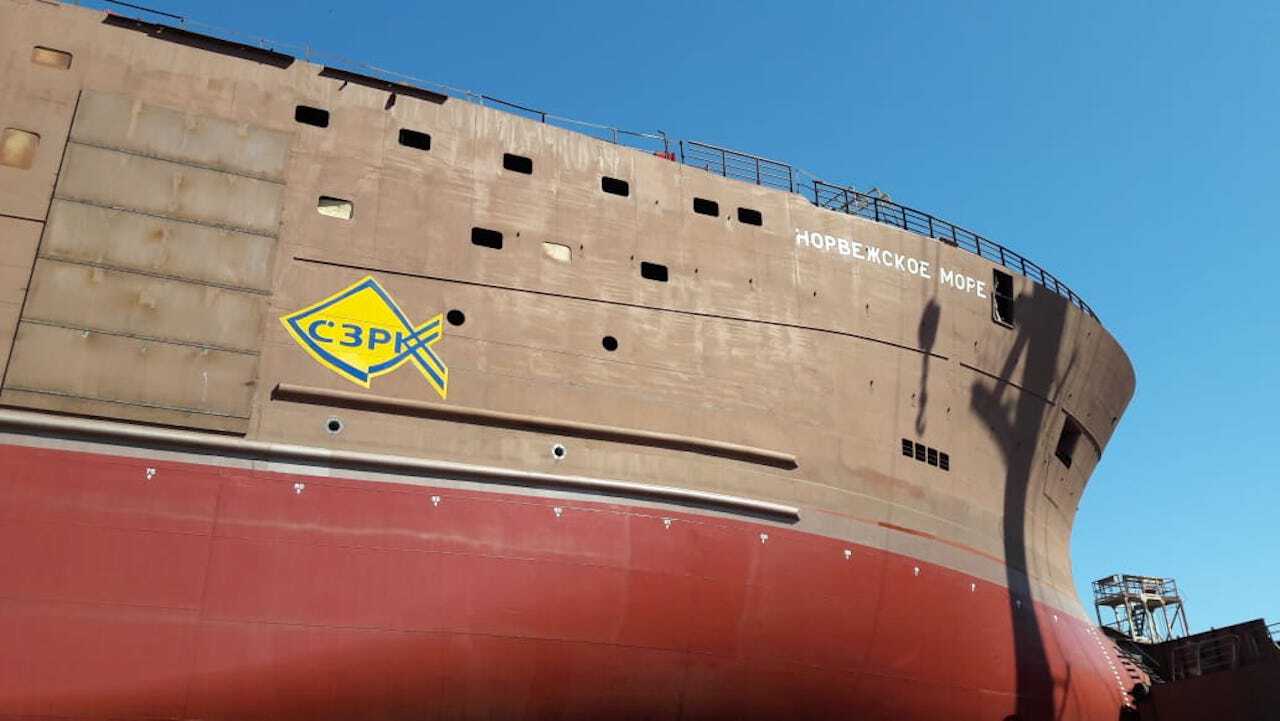 Norwegian Sea is the second vessel in the series under construction for Arkhangelsk Trawl Fleet. Image: United Shipbuilding Corporation

The second in a series of four factory trawlers for Arkhangelsk Trawl Fleet (part of the North West Fishing Consortium) has been launched at the Vyborg Shipyard.

The yard, part of the United Shipbuilding Corporation, launched the lead vessel in the series, Barents Sea, in December last year, making it the first large-capacity trawler to be launched at a Russian yard in modern times.
The series of four is being built under the Investment Quotas programme, designed to stimulate both fishing and shipbuilding at Russian yards.

Each of the four 86 metre by 17 metre breadth trawlers will have capacity to process up to 160 tonnes of raw material per day. With fully automated factory decks, the trawlers are designed for producing fillets, fishmeal and fish oil, and to have canning production on board.
The trawlers are all built with Arc4 class ice strengthening and are designed to fish in northern waters.
The keel of this second vessel, Norwegian Sea, was laid at the Vyborg yard in January last year.

Best ever year for veteran trawler