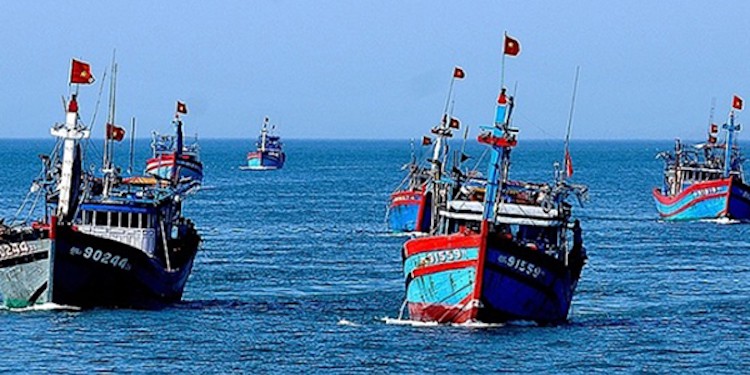 The multi-species trawl on southern Vietnam’s Vũng Tàu province Fishery Improvement Project (FIP) has been accepted onto the MarinTrust Improver Programme (IP) as part of the multi-species pilot.

It is the second FIP accepted onto the IP as part of the multi-species pilot project (the first one being the Gulf of Thailand mixed-trawl FIP). It is led by Kim Delta consultants on behalf of the Fishmeal and Fish Oil Association of Ba Ria (Ba Ria – Vung Tau province). ‘The objective of the multi-species criteria is to enable the assessment of highly complex fisheries in which sometimes hundreds of species are regularly caught,’ said Nicola Clark, Impacts manager at MarinTrust.

‘The criteria have been developed by experts and are based on “best practice” fisheries management as specified in international norms and guidance including the 1982 Convention of the law of the Sea (UNCLOS) and the 1992 Convention on Biological Diversity (CBD) as captured in the 1995 Food and Agriculture Organisation of the UN (FAO) Code of Conduct for Responsible Fisheries (CCRF), with additional input from the 2006 regionalisation of the code for Southeast Asia (Regional CCRF).’

The pilot project enables MarinTrust to test the methodology in active fisheries so it can be refined and ultimately develop a fully robust and realistic set of criteria to eventually include within the full MarinTrust fishery assessment.

‘The recognition of MarinTrust for all the efforts FIP Vung Tau partner members in past years will hopefully realise the dreams of having open fishery data sources and initiating more FIPs in Southern Vietnam. We believe this to be critical for the new era of collaboration of fisheries in the region,’ said Kim Thanh, FIP Coordinator for the Vung Tau trawl fishery.

During the Improver Programme and pilot project process, the FIP will have to meet a series of time-bound improvement milestones, specific to the Fishery Action Plan, demonstrating positive improvements within the fishery with the ultimate aim to apply for full MarinTrust Approval (i.e. certification under the MarinTrust standard) once all the improvements have been implemented.