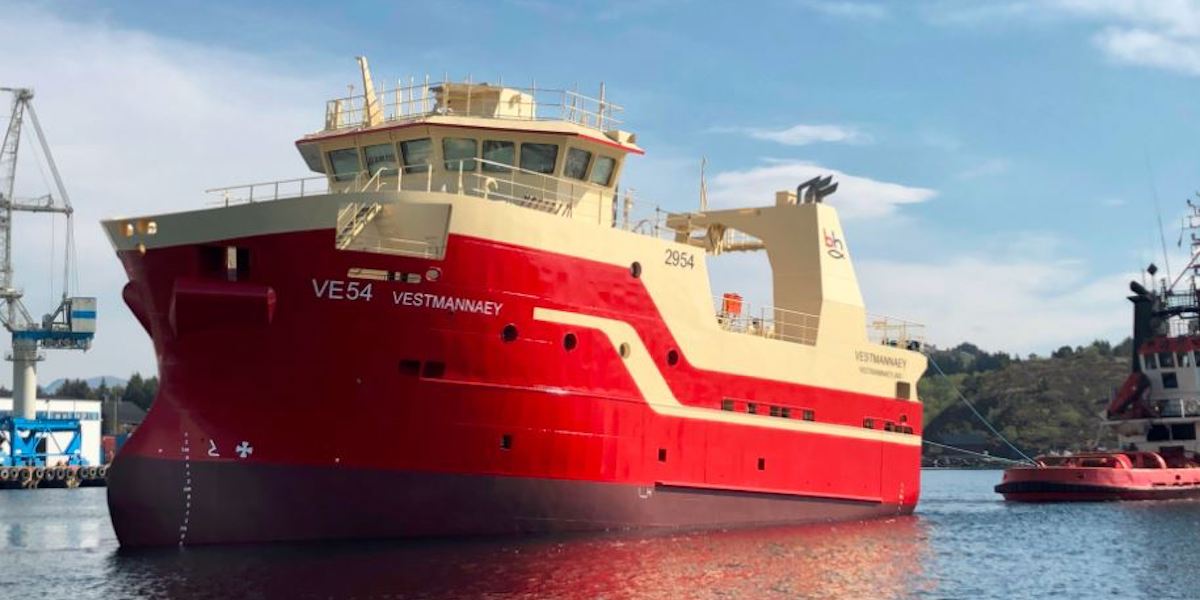 The first of a series of innovative new trawlers being built in Norway for Icelandic companies has been launched at Vard’s Aukra yard.

According to Bergur-Huginn fleet manager Guðmundur Alfreðsson, Vestmannaey was brought out of the construction hall and lifted onto a barge, which was then towed to deeper water before being submerged, leaving the new trawler afloat.
The 29 metre Vestmannaey’s twin 400hp Yanmar main engines are expected to be started for the first time on 5th or 7th of May.
‘The 6th of May is a Monday, and starting them up for the first time on a Monday is out of the question,’ he said.

Delivery is expected to take place on the 2nd of July, with sister vessel Bergey expected to be launched in August, with a trawler for Útgerðarfélag Akureyringa also being built alongside Vestmannaey and Bergey, with the rest of the series to follow over the next year.
The new fresher trawlers have a 29 metre overall length, with a 12 metre beam and have fishroom capacity for around 80 tonnes of ice fish. Accommodation is for up to 13 on board. The trawlers also feature the latest generation of electrical winches and power management systems.