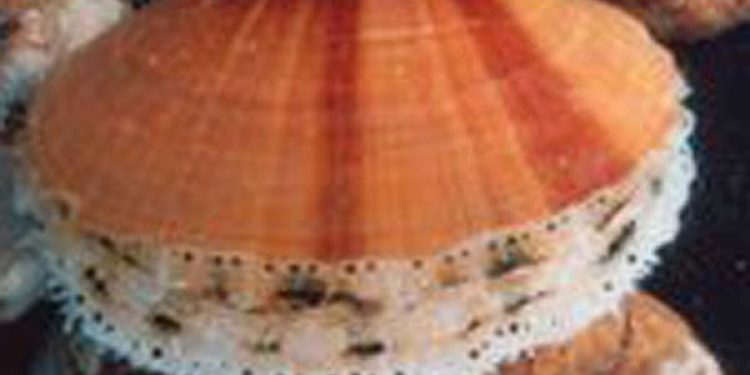 The U.S. Atlantic sea scallop (Placopecten magellanicus) fishery has been certified to the Marine Stewardship Council (MSC) standard for sustainable, well-managed fisheries following an independent assessment conducted by Intertek Moody Marine.
The 14 member companies of the American Scallop Association (ASA) participating in the client group are now eligible to display the blue MSC ecolabel on catch from this fishery.
The MSC certificate covers Atlantic sea scallops fished along the U.S. Atlantic coast from Maine to North Carolina by limited entry federal permits. The fleet comprises all vessels with limited entry permits that direct their fishery for scallops and accounts for 95 percent of the total U.S. catch of this species.

About the U.S. sea scallop fishery
Scallop fishing in U.S. east coast waters dates back 120 years. Placopecten magellanicus is a large scallop that often reaches 100-150 mm in shell height and is treasured by seafood lovers as one of the tastiest delicacies from the ocean. According to National Marine Fisheries Service (NMFS) data, the U.S. Atlantic sea scallop fishery landed more than 50 million pounds of scallops in 2012 making it the highest value fishery in the United States.

The primary commercial markets are restaurants and retail outlets across the United States and European Union. Scallops are sold as meats either fresh or frozen and are available in many prepared foods. The commercial fishery is conducted year round under National Marine Fisheries Service (NMFS) management and all vessels shuck the scallops on board.
The fishery uses New Bedford dredge gear and consists of 348 vessels fishing out of many ports on the east coast. The two most significant landing ports are New Bedford, Massachusetts and Cape May, New Jersey.

Sustainability of fishery due to management practices by all stakeholders
Attorney John F. Whiteside, Jr., speaking on behalf of the American Scallop Association said, “The U.S. Atlantic sea scallop fishery is the most valuable fishery in the United States and the success and sustainability of the fishery is due to comprehensive and careful management practices being implemented by all stakeholders in the fishery. We are pleased to receive documentation that the U.S. Atlantic sea scallop fishery is certified as sustainable under the MSC standard. It is an especially important accomplishment, which confirms that the members of the American Scallop Association are responsible stewards of the resource.”

About the assessment and certification
Intertek Moody Marine, an independently accredited certifier, was the certifier for this assessment. During the assessment, the three principles of the MSC standard were evaluated in detail: the status of the fish stock, the impact of the fishery on the marine ecosystem and the management system overseeing the fishery. More information about the U.S. sea scallop fishery and the complete Public Certification Report detailing the fishery’s passing scores against the MSC standard can be found on MSC’s web site atwww.msc.org/track-a-fishery/certified.