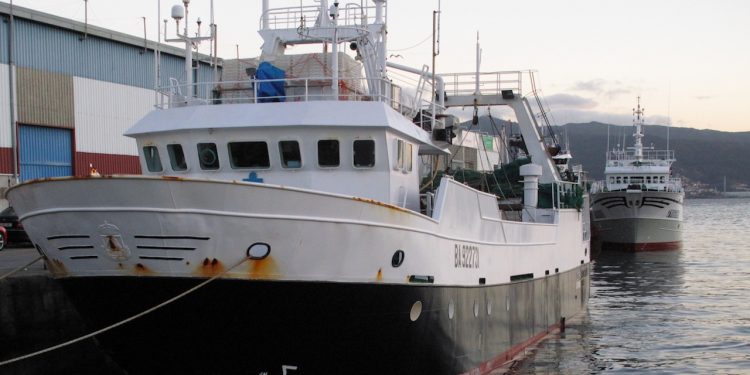 European fishing industry body Europêche has warned against what it calls Doomsday predictions following the publication of a new report by the UN expert group on Biodiversity and Ecosystem Services (IPBES), which has concluded that nature is declining globally at rates unprecedented in human history, with many species facing extinction at accelerating rates.

The UN group makes it plain that the oceans are no exception to this, with changes in sea use, direct exploitation of organisms, climate change, pollution and invasive alien species, stating that around 66% of the marine environment has been significantly altered by human actions and making the claim that 55% of the ocean is covered by industrial fishing.
According to Europêche, this report has massively overestimated the fisheries impact on global diversity in the oceans, and while the European fishing sector certainly acknowledges the potential risks for the marine environment, it stresses that fishing poses no threat for the long-term preservation of marine resources.
Europêche managing director Daniel Voces stated that thanks to fisheries management and industry-led efforts, fish stocks have been generally increasing in many areas such as the North East Atlantic, currently reaching levels 36% higher than in 2003.

‘This positive trend shows that UN’s extinction warning particularly for fish populations is a bit far-fetched,’ he said.
‘Fish know no borders. Fishermen need to ‘chase’ highly mobile marine species across the oceans to provide healthy food to consumers. However, this does not mean that EU operators fish everywhere. Thanks to recent high-resolution data of fishing activities, the footprint of fishing worldwide is revealed to be less than 4%, and not 55%. All while the fishing industry provides high-quality animal protein with the lowest impact on the environment, since wild- caught seafood does not require being artificially fed, the use of water supply, antibiotics or pesticides.’
Europêche acknowledges that further efforts are needed towards achieving the global goal to have all commercial fish stocks exploited at sustainable levels, while noting that the majority of global fisheries (67%) are currently sustainable. Europêche also argues that it is not only important to check the progress on the number of stocks fished at sustainable levels but also the number of tonnes of seafood coming from sustainable ‘larger’ fish populations.
‘In this sense, recent estimates show that about 82% of the fish consumed worldwide is sustainable, 86% in the case of tuna. As for Europe, almost 100% of the landings from Atlantic stocks managed by the EU come from catches responsibly fished in line with the Maximum Sustainable Yield (MSY) policy,’ he said, also pointing out that the report includes figures that can be seen as highly misleading.

The IPBES report states that, in 2011 33% of the world’s reported fish catch came from illegal, unreported or unregulated (IUU) fisheries. For the same year, the UN agency on fisheries (FAO) put the figure at a (still unsatisfactory) 15% of the world’s catch.
‘In the case of the EU, figures from 2008 roughly showed that 9% of the fish marketed was illegally caught. This figure was later drastically reduced thanks to adoption of the strong EU policy against illegal fishing, securing that most of the fished marketed in the EU is legally sourced,’ Daniel Voces said.
‘Fisheries management has been very successful in rebuilding our fish stocks. This process is much faster and easier than rebuilding populations of terrestrial animal species. In fact, no marine fish has ever become extinct due to fishing. The reason is that fishermen would go bankrupt before any commercial species is fully extinct, meaning that ‘The last one will not be caught’. However, fish stocks are highly vulnerable to environmental changes and degradation. For instance, despite continuous reductions of fishing effort, the status of the Eastern Baltic cod is quite poor. This is largely driven by poor oxygen conditions, migration of its fish prey and high levels of parasite infestations.’
The report demonstrates that extreme water temperature, acidification, pollution and climate change in general pose an enormous threat to marine biodiversity. 400 low-oxygen coastal ecosystems, representing 245,000 square kilometres, are identified as ‘dead zones’ mainly due to the use of fertilisers, while fish species that cannot migrate to cooler or better quality waters are highly exposed to these hazards.
The UN report comes to the conclusion that around one million animal and plant species already face extinction, many within decades, unless action is taken.
‘Society must not fall for doomsday predictions for the oceans. This is not the first case, and it will undoubtedly not be the last,’ Daniel Voces said.
‘People need to be aware that over the last 30 years there has been little overall change in more than 5800 marine populations representing more than 1200 fully analysed and monitored species across the world. Commercial fishing does have influence on species abundance and presence in specific regions but has not ever caused the extinction of any fish species in the oceans. While, in terrestrial areas, whole ecosystems have been destroyed and completely replaced as a consequence of land-based industries whose impact deeply affects the marine environment as well. As an example, over 80% of the so called ‘marine’ litter comes in reality from land-based sources.’