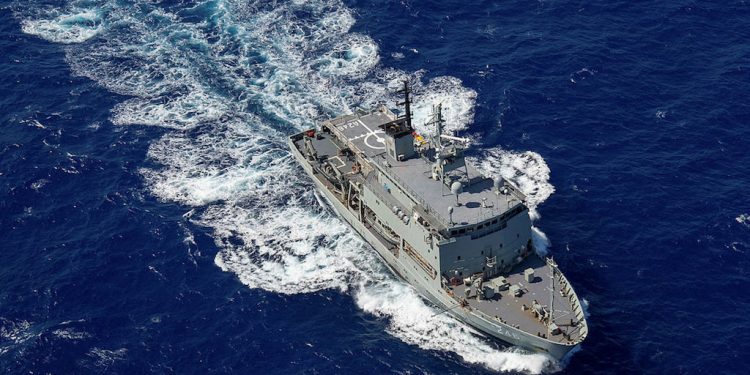 Pacific Island Forum Fisheries is building on its high tech response to illegal and unreported fishing with new tools being trialled to complement its existing suite of monitoring, control and surveillance tools.

‘Our surveillance operations typically cover an area of over 13 million square kilometres of the Pacific so we always use a sophisticated combination of intelligence, analysis, satellite and remote monitoring and sea and air surveillance to ensure maximum effectiveness over such a large area,’ said Dr Tupou-Roosen.

‘This next generation of emerging technology adds another important layer to our efforts and we are always on the lookout for cutting edge tools and technology.’

‘Starboard is a maritime domain awareness tool which contributes to our existing intelligence and risk analysis by identifying suspect fishing activities and encounters,’ Allan Rahari said.

‘This has been really useful during Rai Balang because we’ve been able to confirm the locations of suspected vessel interactions and correlate this with reported transhipments and analyse other fishing activity. Using a combination of information in Starboard, like how long a vessel has been at sea and which other boats it has encountered, along with other information and gathered intelligence has given us another layer to how we assess risk and prioritise the boarding of vessels.’

The use of satellite radio frequency detection in Operation Rai Balang builds upon the many years of experience of FFA and FFA members in using other forms of satellite data to support and inform fisheries surveillance and monitoring activities. However, satellite radio frequency detection can provide a wider coverage area than traditional satellite monitoring technologies and is demonstrating potential to support more effective identification and tracking of non-reporting vessels.

The use and integration of this new and emerging technology further enhances the collaborative framework developed by FFA members to combat IUU fishing in the Pacific. The effective utilisation of existing cooperative agreements and the enhancement of collaborative surveillance engagements between FFA Members is a key focus of this operation.

Operation Rai Balang is one of four targeted operations hosted by the FFA annually, however regional surveillance is supported 365 days a year through the Regional Fisheries Surveillance Centre. The operation also utilised the Aerial Surveillance Program funded by Australia under the Pacific Maritime Security Program, which has a focus on detecting and responding to IUU, but can also be used by Pacific Nations for broader maritime security threats.