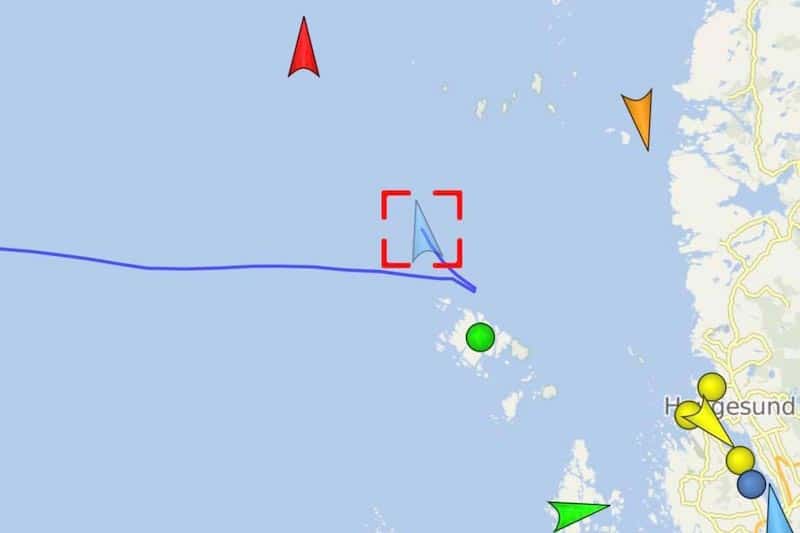 The distress call was received at JRCC Solon at 16.50 today from a fishing vessel on fire off Røvær. All six crew had abandoned the burning vessel.

The crew were subsequently picked up by other vessels after the liferafts had been towed clear of the burning vessel. Rescue helicopters were on the scene by 17.30.

The trawler is reported to be Astrid Sofie VA50LS, which was until recently the Hanstholm-registered Danish fishing vessel Stefanie HM-349.

The rescued crew have been taken to hospital in Haugesund where three were expected to be treated for smoke inhalation. All of the crew are now reported to be out of danger.

Astrid Sofie is drifting northwards and while the rescue operation is complete, the vessel is being monitored.