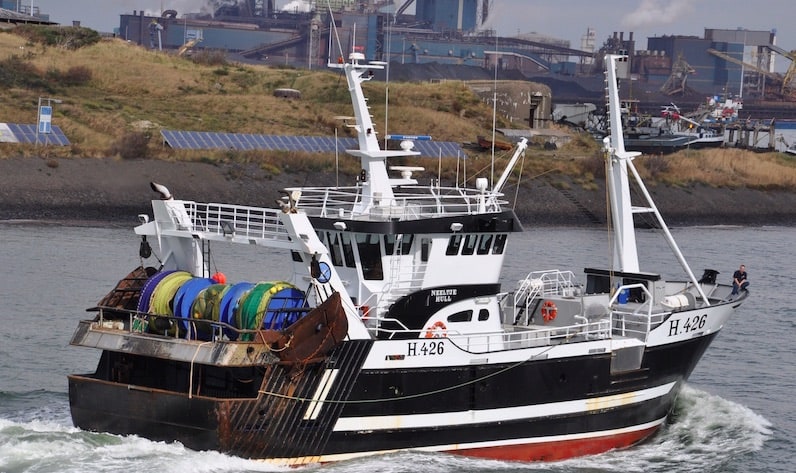 Cees de Boer of Urk fishing company Osprey Fish looks back on the crisis years as the time when Dutch fishing companies repositioned themselves to cope with rapidly changing events as they fought to survive.

The family is one of Urk’s famous names, originally with seven brothers involved, and now three of them, Cees, Hendrik and Willem, run four boats under the Osprey Fish banner, with a new vessel on the way.

‘2012 was a very difficult year, but we worked hard and survived. In 2014 fuel prices started to fall and the fish prices improved. We’ve now had three good years.’

Overall, the Osprey Group has eight vessels, which includes several beam trawlers, but the four UK-flagged twin-rigger/fly shooters are at the heart of the company’s efforts to reposition itself. In 2010 the twin-rig plaice fishery received MSC certification and instead of landing their fish to auction, they began the process of selling their MSC-branded fish direct to supermarkets. There were a few false starts on the way as processors initially contracted to handle the fish failed to meet Osprey’s standards, but now the catches of the four twin-riggers find their way to European supermarkets that include Lidl and Spar.

‘Consumers are far more critical than they were twenty years ago. They demand sustainable fish, so that’s what we have to supply. When we started we wanted to have an absolutely clean product with no additives and no injected water to increase the bulk. We are the quota holders and have a responsibility, so we decided to do it for ourselves.’

Saithe show up off Westfjords