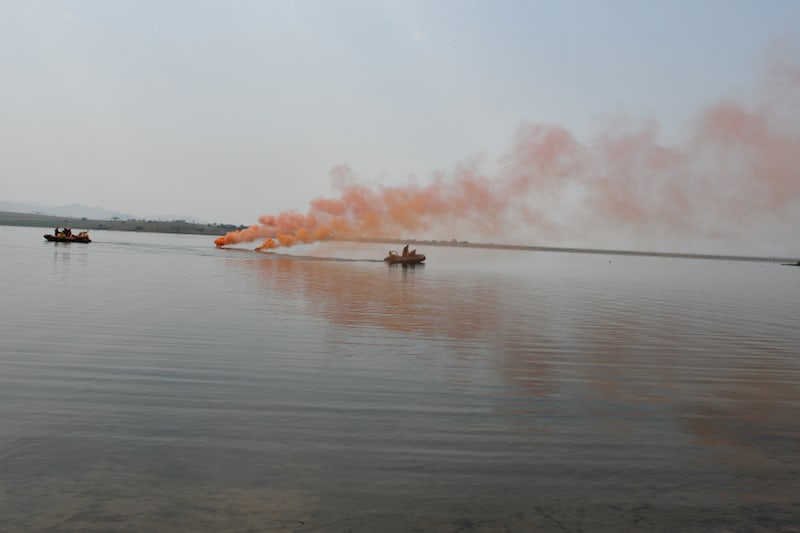 The crew of a fishing vessel were recovered from liferafts after sending a distress call on Saturday. The vessel was almost thirty miles offshore from Saldahna Bay in South Africa when the distress call was received by the SAMSA Maritime Rescue Coordinating Centre (MRCC) in Cape Town.

The skipper of trawler Ankoveld reported difficulties after it began taking on water in the engine room. It subsequently capsized and sank at a position 28.5 nautical miles north-west of Cape St Martin and the same distance from the closest land point.

Through the rescue sub-rescue centre in Saldanha, the MRCC mobilised a vessel nearest the incident, Atlantic Leader, which successfully rescued the sunken fishing vessel’s ten member crew who had already abandoned ship into life rafts.

According to the MRCC, a navigational warning has been promulgated warning other vessels operating in the vicinity of the sunken vessel. SAMSA officials in Saldanha Bay were on the case to conduct an investigation into the incident.

Ankoveld’s ten crew are confirmed to have landed safely with the Atlantic Leader rescue vessel at Laaiplek harbour.

SAMSA has launched an investigation into Ankoveld’s loss.