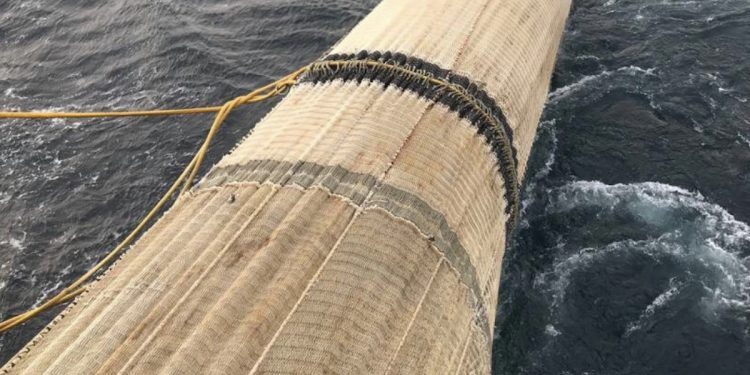 Designed to improve the quality of trawled fish, the new Swan Fast Flow codend has proved to be a major success for Swan Net Gundry. With highly positive feedback from customers and fish buyers, SNG feel that the objective of this project has been achieved.

The Swan Fast Flow Codend has been designed with the aim of increasing the volume within the codend, which in turn allows the catch to be less stressed and compacted.

The quality of the catch has been reported to be of an excellent standard, with sample fillets taken in the factories showing the fish to be very fresh, with blood spots in the flesh significantly reduced and with many catch landings reporting practically zero blood spots.

Since SNG introduced the Swan Guider trawl, the success of this design has been noticeable on mackerel, herring and horse mackerel fisheries, and most recently on albacore tuna.

The aim of the concept was to increase herding power, achieving this by adding additional meshing to the side wing panels of the trawls, this in turn reduced the possibility of fish escaping out through the sides of the trawl.

The gap in the sides of some trawls can range from 30m up to 250m on different model types and the Swan Guider trawl has also extended the fishing area as the spread of the trawl increases.

The new Swan Guider-Plus has the same design concept as the Swan Guider Trawl, but with this version the bridle arrangement changes from the standard 4-bridle to a new 8-bridle configuration, and the additional four extra bridles are added to close the escape area to its furthest point in the sides of the trawl, which SNG have found this version to be the most successful.

SNG have built versions of this trawl both for single and pair trawling, and older trawls of all types can and have been modified to the Guider system.

‘We at SNG believe the Guider Trawl is a game changer for all sizes of vessels as it can even give a small trawl a much increased reach,’ Swan Net Gundry’s chief gear designer Cathal Boyle. 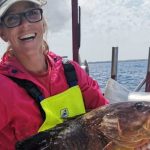 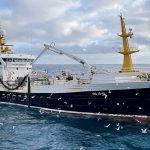 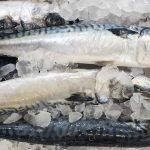